The Socceroos will need to overcome the tournament’s surprise-packets to stay alive in the AFC Asian Cup in what is set to be a thrilling quarter-final on Thursday night in the Queensland capital.

Despite defeat to Korea Republic in their final group game on Saturday night, Ange Postecoglou’s side will be favourites to make the semis with a win at what will be a sell-out Brisbane Stadium.

The 1-0 defeat to the Koreans meant Australia finished second in their group but their inability to get the result had more to do with an “off-night” in front of goal rather than any performance vulnerability (though “switching off” for the goal has been noted by the Socceroos).

Having created a host of chances against the highly-rated Koreans, Postecoglou and his side shouldn’t have lost any belief they can go all the way in the competition.

But the Green and Gold will need to get back to the ruthless streak they displayed in their first two matches to get past a confident China outfit breaking records at this tournament. 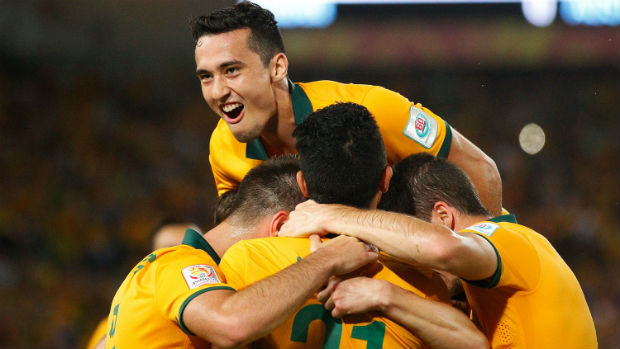 Alain Perrin’s underrated outfit topped a tricky Group B by winning all three matches, the first time they have ever done that at the Asian Cup.

The visitors will also have huge support behind them in the terraces, with thousands of “Team Dragons” fans getting behind the side in all of their group games and Thursday will be no different.

Much could depend on which side adapts to the ordinary surface in Brisbane which has come under-fire throughout the event – though the six-yard boxes have been re-laid.

While the Socceroos’ quick-passing game clearly was affected last weekend, China has found a way to cope on the testing surface.

The Chinese played their first two group matches at the venue, beating Saudi Arabia 1-0 while also coming from behind to knock off Uzbekistan 2-1.

With central defender Matthew Spiranovic suspended after picking up his second yellow card of the tournament against Korea, Alex Wilkinson will slot in alongside ex-Central Coast Mariners team-mate Trent Sainsbury.

Skipper Mile Jedinak is also set to return in midfield after missing the last two matches with an ankle injury.

While the goal-keeper and the rest of the defensive positions pick themselves, it will be intriguing to see what Postecoglou does with the rest of his starting XI.

Have sat attacking triumvirate Tim Cahill, Mathew Leckie and Robbie Kruse on the bench against Korea, it would seem the trio will all start the quarter-final.

Australia’s find of the tournament – Massimo Luongo – should get the nod in one of the two remaining midfield spots with Matt McKay, James Troisi and even Tommy Oar all options for the other.

The big focus for Australia will be just that – focus – for the full 90 minutes and eradicating periods in the match where they “switch off” which cost them against Korea.

China has built their success this tournament on a solid defensive structure while producing quality when it counts going forward.

They’ve rode the wave of positivity from their fans for their wins and they look like they’re actually enjoying themselves.

Alain Perrin has kept fairly consistent with his selections so far this tournament and it’s hard to see him making too many changes to what has worked so well thus far. 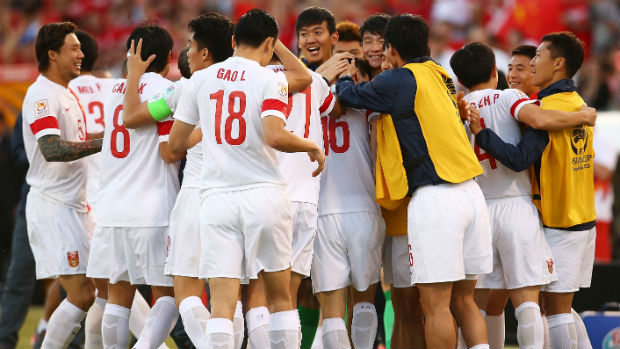 Skipper Zheng Zhi is the key man in the Chinese midfield and his ability to control the tempo of the game is vital to his side’s hopes.

Everything China do flows through the Guangzhou Evergrande veteran and it will be up to one of Australia’s attacking midfielders to limit his time on the ball, although the inspirational skipper is battling a back problem and is racing the clock to be fit.

Zhi’s club team-mate Gao Lin hasn’t produced his most destructive form just yet but is a proven goal-scorer, while Sun Ke – fresh from his brace against North Korea – is a genuine match-winner for the visitors.

A sell-out crowd and huge TV audience around Asia and the globe is set to watch what should be a full-blooded quarter-final contest.

While two-time finalists China are in superb form and have won their last two matches against Australia, it’s hard to go past the host nation in this one.

If they can create the same amount of chances as they did on Saturday, with a rested Cahill, Kruse and Leckie back in the line-up, they should get the goals to book their spot in the last four and a semi-final in Newcastle.

The Socceroos will face China PR in the Quarter-Finals of the AFC Asian Cup at Brisbane Stadium on Thursday 22 January (8.30pm local kick off).  Click here  to purchase tickets.

The match will be broadcast LIVE on Fox Sports 505 and LIVE on ABC 1 around the country.