The arduous task of travelling to - and playing in - Dhaka is the big challenge for the Socceroos, who know three points will put the pressure back on Group B leaders Jordan.

After the Socceroos' easy win over Kyrgyzstan in Canberra last Thursday, Jordan (who didn't play) sit just one point ahead of the Socceroos in top spot, in large part due to their stunning 2-0 win over Australia in Amman last month.

With the group leaders playing on Tuesday – away to Kyrgyzstan in Bishkek, a more difficult opponent than Bangladesh – the Socceroos would love to end the year back on top of their group by winning in Dhaka.

So there’s a huge carrot to do the business over the group’s bottom side at the Bangabandhu National Stadium. A win for the Green and Gold would put the pressure back on the Jordanians - who they meet in Australia early next year for what is likely to be a showdown for top spot.

For their part, Bangladesh are coming off a 5-0 loss to Tajikistan in Dushanbe last Thursday, so it’s all about pride for them. One point from six games has given the Bangladesh outfit a good benchmark for where they are in the grand scheme of things.

But for Ange Postecoglou, more injury troubles, with central striker Tomi Juric out after picking up an injury against Kyrgyzstan on Thursday night. 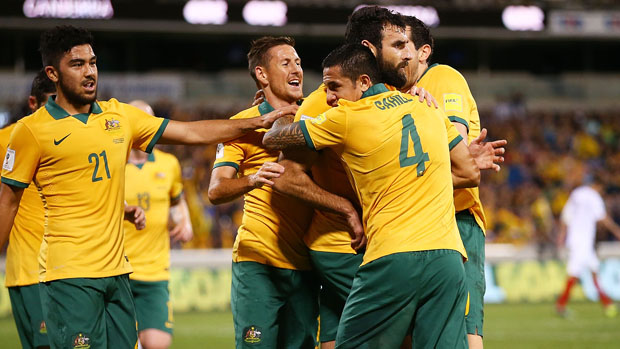 J-League based winger Nathan Burns appears okay to be play after he was also withdrawn in Canberra last Thursday, but quad soreness has meant playmaker Tom Rogic is on his way back to Celtic.

For certain there’ll be some changes to the starting line-up with the experienced and indefatigable Matt McKay likely to slot back into midfield.

And there could be starting berths for James Troisi and Tommy Oar. Attack-minded defender Josh Risdon may also play some part in this match in what would be his debut. The trio were on the bench last Thursday as the Socceroos eased past Kyrgyzstan 3-0 (though it could've been much more).

But Melbourne City's Aaron Mooy is a likely starter again. His form is simply irresistible at the moment. 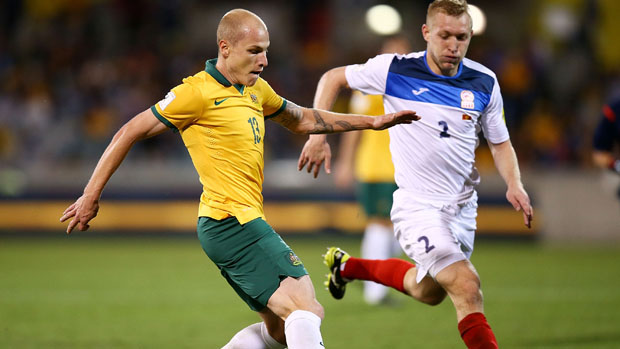 For the Socceroos, who are preparing in Singapore for this match after flying out from Sydney, getting in and getting out safely and with three points is the goal after all the security concerns around this game (which saw Cricket Australia pull out of their tour of Bangladesh recently).

It's another tricky night on the Road to Russia, but one you sense will end with another three points.