Add a spiky sporting rivalry and little wonder the buzz around this clash has more of an edge than your average pre-major tournament friendly.

And a sell-out crowd at the Stadium of Light proves just how much this match means to both sets of supporters.

The English will be buoyed somewhat by a solid 2-1 friendly win over Turkey in Manchester last Sunday, though one which highlighted some defensive fragility.

Who’ll start for Australia against England?

The clash at the Etihad highlighted strike duo Jamie Vardy and Harry Kane’s growing understanding as well as the eye-catching display of left back Danny Rose (though the Foxes star man misses this game due to his wedding). 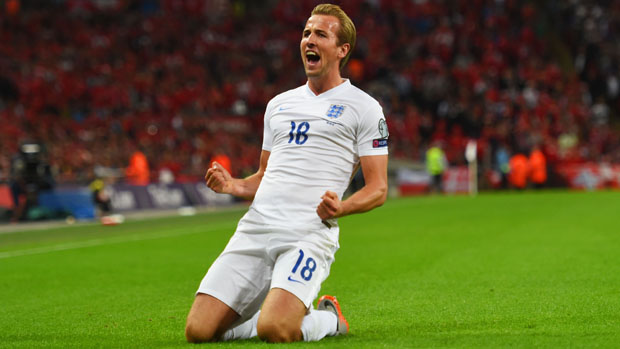 England, ranked 10 in the world, will use this to continue to fine-tune preparations for the European Championships in France (their first group game is against Russia on June 11) with Portugal their last friendly on June 2.

For Australia, the reigning Asian Cup holders are coming off a successful but tricky first phase of World Cup qualification that included Harry Redknapp’s Jordan, Tajikistan, Kyrgyzstan and Bangladesh.

The Socceroos (ranked 50 in the world) are now approaching the final phase for Russia 2018 beginning in September and will use this and two subsequent games against Greece in Australia over the next ten days to have a look at some new faces and further develop their patterns of play.

“We must take it to another level”: that’s Ange Postecoglou’s mantra in 2016. So expect this Australian team to take it to England at every opportunity - just like they did in 2003 when they defeated England 3-1 in a friendly at Upton Park under Frank Farina.

Interestingly, the current squad’s geographic composition has subtlety shifted since that magical night 13 years ago. And because of this, a number of starting XI players from major Asian leagues (Cahill, Spiranovic, Burns, Sainsbury, McGowan and Giannou) are unavailable due to this fixture falling on a non-FIFA window.

But it gives some new faces – such as German-based defender Milos Degenek, Hyundai A-League goal machine Jamie Maclaren, Aussie Grand Final winners Stefan Mauk and Craig Goodwin (now with Sparta Rotterdam) to show what they can do. 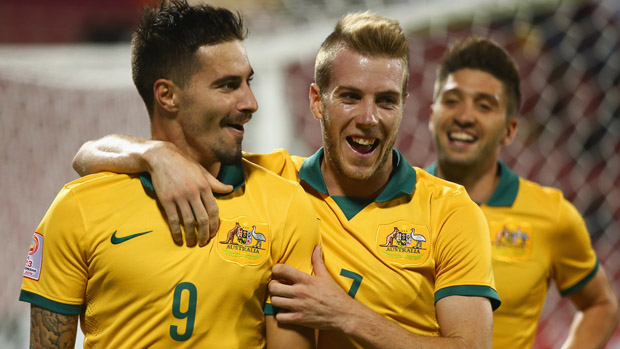 So, while on paper this is not Australia’s strongest squad, going forward there are good options and the squad’s depth will be added to by new men aiming to impress, particularly with many of the more established Socceroos set to return for two friendlies with Greece in Australia in early June.

That said, results in friendlies don’t matter to the Australian coach. The big picture is World Cup qualification and fine-tuning by experiment.

For the hosts, they’ll hope some of the feel-good fairy dust of Leicester City sprinkles its magic onto the national stage with the European Championships looming in France.

England have never won a major tournament in 50 years. And while the avuncular England boss has opted for a steady evolution since taking over on the eve of the 2012 Euros, ambitious Postecoglou is a young revolutionary, refocusing the Socceroos since late 2013 into an attack-minded and daring outfit that seeks to dominate teams with pace, skill and relentless pressing.

They won’t sit back in Sunderland, that’s a certainty.

And some of the English-based Socceroos such as Massimo Luongo, Bailey Wright and Brad Smith will relish the banter, ensuring this clash has an even sharper edge than usual for a friendly.

For the neutral, Soccceroo attacking midfielder Tom Rogic is one to keep an eye on. 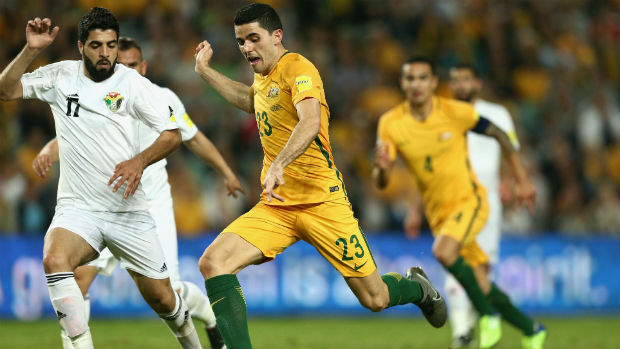 The Canberra product got his big break at the Nike Academy in England after winning Nike’s Chance talent competition in 2011.

With Crystal Palace’s experienced and muscular Mile Jedinak sitting at the base breaking up attacks and passing off to more creative options, Rogic will likely link up with a second attacking midfielder in Aaron Mooy.

Described as the A-League’s best player by his national coach, Mooy, a former Bolton Wanderers and St Mirren player, could well be off to a European club soon.

This game may just be the showcase for such a move for the hugely talented Melbourne City man. He’s another the neutrals will enjoy.

England assistant coach Gary Neville (who played in that losing side of 2003) will be aware of Socceroo keeper Mat Ryan – he coached the Australian during his recent and short spell at Valencia. 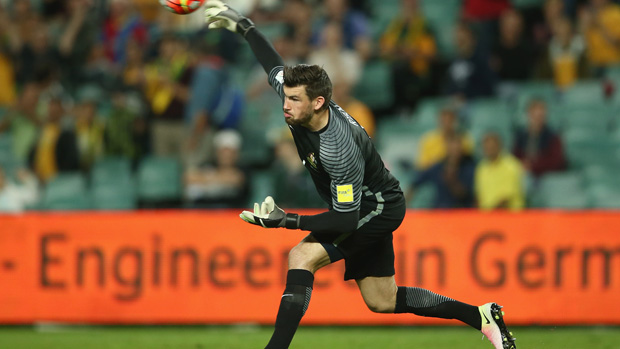 Jedinak will be well known to EPL fans as will Liverpool’s Smith.

The Aussie skipper captained Palace last Saturday at Wembley against Rooney’s Manchester United in the 2-1 loss to the Red Devils and the pair are set to captain their nations again in Sunderland.

Interestingly, Rooney is the only remaining player from that night in 2003, the then teen coming on as a second half substitute.

The now 30-year-old England stalwart would remember the night for the lampooning his team - which featured Beckham, Scholes and Ferdinand - received from the English tabloids after the Australians had the temerity to dominate the hosts.

England put out two completely different sides in each half but couldn’t stop the Australians registering a 3-1 victory with goals to Tony Popovic, Brett Emerton and an electric Harry Kewell.

No doubt Rooney would like to erase his debut memories by helping the Three Lions to a win against a nation England relish playing – and beating - in any sport.

Though, ultimately, there is a bigger picture for both nations at the Stadium of Light.