With three months to go before final phase World Cup qualifiers kick off, Caltex Socceroos boss Ange Postecoglou has another chance to experiment with personnel and formations in the two-game Dodoni Series, which kicks off on Saturday night against Greece at Sydney's ANZ.

Having impressed against England last week in Sunderland, Postecoglou’s men will face a rebuilding Greece outfit and a different type of challenge.

But more importantly with a raft of changes to the squad that faced Hodgson's side at the Stadium of Light, it's another opportunity to build depth and competition in a squad that will play in Russia at the Confederations Cup in just 12 months' time.

Having said that, with a few of the Socceroos having Greek heritage – including Postecoglou – there should be some added spice to this meeting which will no doubt drive interest from the media and on the terraces.

While the Socceroos went down 2-1 against the Three Lions in Sunderland, they will have taken confidence from an eye-catching performance. 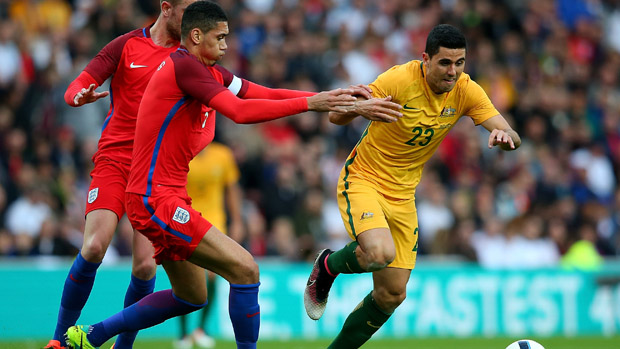 Some of the football on display by the Aussies – especially in midfield - was top-class but also underlined the need to continue to improve at both ends of the pitch.

Postecoglou will use these two Greece games, including the second match in Melbourne on June 7, to polish up on a few things ahead of the start of the next stage of FIFA World Cup qualifiers in September.

These two games against the 37th in the world ranked Greeks loom as ideal preparation considering Michael Skibbe’s side will probably offer up a defensive game-plan, a lot like the Green and Gold could face against many nations in the AFC qualifiers.

You can be sure the Socceroos will take the game to their opponents as has been the way since Postecgolou took the reins.

And the Socceroos boss will have a few more options, especially in the front third, at his disposal.

Tim Cahill, Nathan Burns, Mat Leckie and Apo Giannou – who ironically played a friendly match for the Greek national team last year before switching allegiance to Australia – are all back in the squad after missing the clash with England. 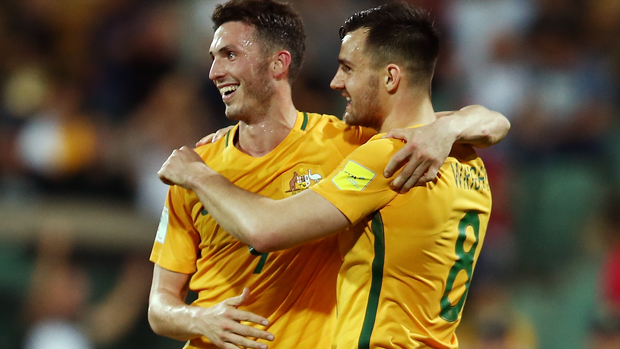 Add to that the likes of Trent Sainsbury, Ryan McGowan, Alex Gersbach and Jason Geria and it’s a strong Socceroos squad which Aussie fans will see.

Tom Rogic and Aaron Mooy further enhanced their burgeoning reputation against England’s star-studded side and will again look to dominate the midfield.

It will be interesting to see if the boss sticks with the 4-4-2 formation – with a diamond in midfield – that worked so well at the Stadium of Light or revert back to his traditional 4-3-3. Or is there another formation he may look at?

Again, this is an opportunity to try different formations against a side less likely to come at the Aussies as England did last week.

Talisman Cahill – who is battling a hamstring injury - may come into the starting side, with the veteran goal-scorer thriving on service from wide areas.

Though no doubt Giannou will get plenty of game time with the new Socceroo striker still adjusting to his new teammates.

Class midfielder Mark Milligan was shifted into the defence against England and performed superbly in a position he hasn’t played for many years.

That said, it showed another option for defensive cover though Postecoglou is likely to bring Sainsbury in for this one now he’s available, with the Jiangsu Suning defender likely to slot in alongside the ever-improving Bailey Wright. 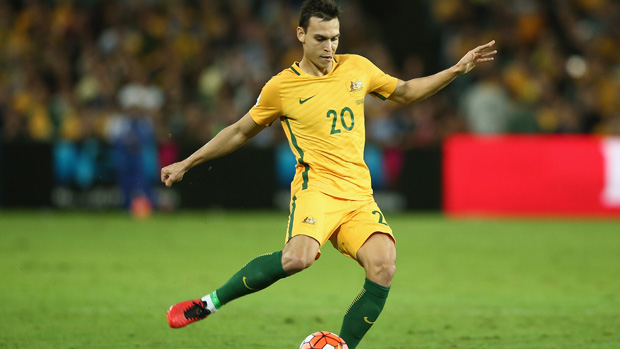 Postecoglou has hinted the short gap between the two games against Greece mans he is likely to shuffle his deck, meaning the likes of Chris Ikonomidis, Jackson Irvine, Milos Degenek, Gersbach and Geria could see some more game time.

For the visitors, they are looking to rebuild following after the disappointment of missing out on Euro 2016.

With their qualifiers for Russia 2018 getting underway in a big derby against Cyprus in October, these are vital games for Skibbe to put his stamp on the squad and build some momentum.

Greece's last game was a friendly in March, going down 3-2 at home to Iceland, despite leading 2-0 to goals from Konstantinos Fortounis (who isn’t part of this squad).

While star striker Kostas Mitroglou isn't part of their squad for these games, there is still some exciting talent in the Greece squad, with many of them playing at big clubs right around Europe.

Benfica starlet Andreas Samaris, who has played under Postecoglou, is their driving force out of midfield, while Borussia Dortmund’s Sokratis Papastathopoulos and Giannis Maniatis provide loads of big-game experience. 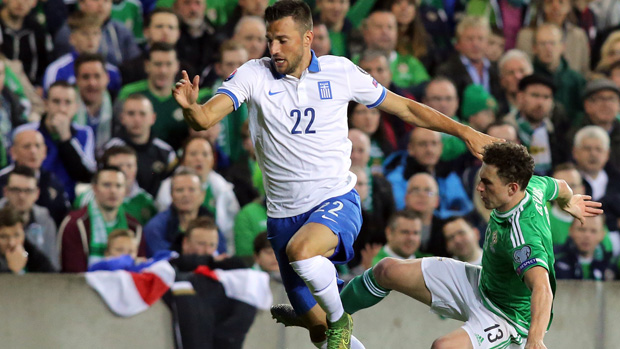 But one player to keep an eye on could be young striker Nikos Karelis, the Racing Genk attacker - earning the nickname the ‘Greek Hulk’ during his time at Panathinaikos.

No doubt the Greeks will want to put in a strong showing in front of the large Greek community in both Sydney and Melbourne.

While there’s no doubt the locals will be hoping for something similar, it is ultimately about preparing for what’s ahead later this year with the World Cup qualifiers on the horizon.