It’s been 10 years since the Caltex Socceroos played Greece in Melbourne, famously defeating the then reigning European champions in front of 95,000 fans in an MCG farewell fixture before Australia's sensational 2006 FIFA World Cup campaign.

While a World Cup is not on the horizon after Tuesday night, this friendly looms as an opportunity for both nations to tinker ahead of the final phase of 2018 World Cup qualifiers in the next few months.

With this in mind, Socceroo coach Ange Postecoglou has made no secret of his desire to create greater depth.

As an example, last Saturday night he handed starting debuts to defenders Jason Geria and Milos Degenek (with both making the most of their opportunity).

And talented former Sydney FC youngster Alex Gersbach came off the bench in the final 10 minutes of Australia's 1-0 win over the Greeks in the first of the two-game Dodoni Series.

Geria and Degenek were particularly impressive in a new-look back four alongside Brad Smith and Trent Sainsbury, with the Socceroos restricting the Europeans to just a handful of shots, none on target. 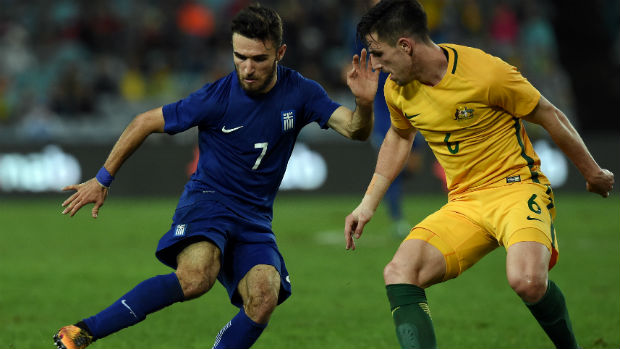 A short turnaround is likely to see Postecoglou again rotate his squad, with Henan Jianye defender Ryan McGowan and Gersbach in line to earn starting spots in the fullback areas.

Influential skipper Mile Jedinak has departed the squad for personal reasons, with either Mark Milligan or Scotland-based Melbourne-born Jackson Irvine likely to slot into the holding midfield role.

Playmaker Tom Rogic only got 30 minutes in Sydney but is poised to return to midfield to partner the excellent Aaron Mooy.

Talisman Tim Cahill will be handed the skipper’s armband in Jedinak’s absence and looks set to come into the starting line up in place of Apostolos Giannou.

Greek-born, Melbourne-raised Giannou showed promise in Sydney and will be desperate to see some game time in the city where he spent his formative years as a footballer.

The ever-reliable Tim Cahill will provide an obvious threat but Postecoglou is desperate to unearth another regular contributor of goals. 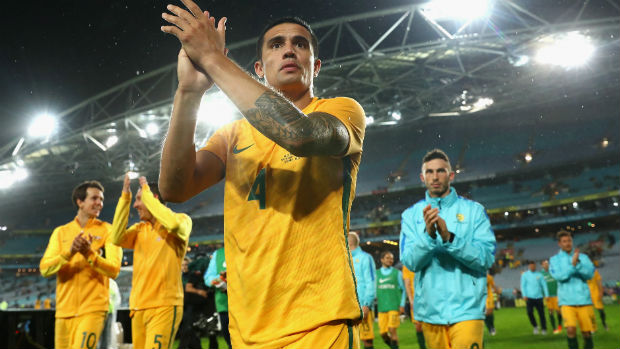 Lazio youngster Chris Ikonomidis has featured off the bench in both fixtures over the past fortnight and could start, while Roar young gun Jamie Maclaren is hungry for another chance after making his debut against England.

Mat Leckie played 30 minutes off the bench in Sydney and scored a neat winner in the final minute. The German-based attacker is likely to see more game time in Melbourne as he looks to add to his goals tally for the Green and Gold.

In defence, Bailey Wright might be rested again after picking up a strain in training last week.

Postecoglou tinkered with a 4-4-2 formation in last month’s friendly against England but reverted to his preferred 4-3-3 in the opening fixture against Greece.

While satisfied with the fluidity and adaptability of his side against the Three Lions, Postecoglou remains convinced the more attacking 4-3-3 shape is the way forward for the Socceroos.

For the visitors, PAOK midfielder Alexandros Tziolis could come into the side after missing the opener in Sydney, while impressive keeper Stefanos Kapino is likely to start in goals after Orestis Karnezis was taken to hospital after a mid-air collision with Jedinak. 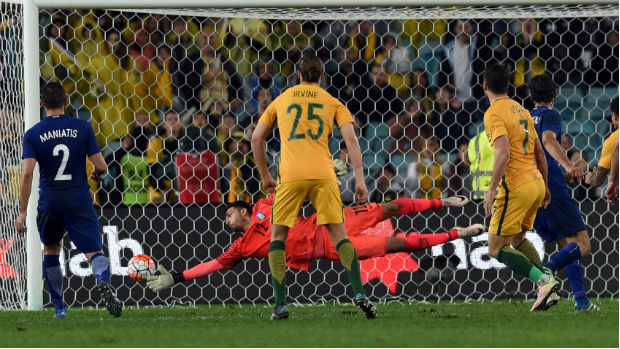 A limited preparation for the visitors – who only arrived in Sydney late Wednesday – could prove a factor, with two games in three days testing Michael Skibbe’s squad.

Borussia Dortmund stopper Sokratis Papastathopoulos was impressive in Sydney and Benfica star Andreas Samaris remains the key threat for the visitors going forward, though  Iraklis striker Apostolos Vellios proved a handful for the Socceroos in the opening fixture.

With a strong Greek community in Melbourne, an electric atmosphere at Etihad is assured.

And after missing out on Euro 2016, Greece are desperate to build momentum ahead of crucial World Cup qualifiers later this year.

For the Socceroos, it'll be a final chance to test some new faces and combinations before the task of qualifying for a fourth consecutive World Cup really heats up.