Having given the reigning world champions a scare, the Caltex Socceroos will now be out to keep their FIFA Confederations Cup campaign alive against African champions Cameroon in St Petersburg on Friday morning (1am KO, AEST).

1. This will be the first meeting between the two nations at senior international level.

2. With both sides having lost their first game in the group (Caltex Socceroos 3-2 against Germany and Cameroon 2-0 against Chile), victory in St Petersburg is paramount for both nations.

3. Three of the Indomitable Lions’ last four goals have been scored by powerful forward Vincent Aboubakar.

4. This will be just the third time the Caltex Socceroos have played African opposition in the last seven years (friendlies against Egypt and South Africa).

It’s a simple equation for the Caltex Socceroos.

A win against African champions Cameroon in the early hours of Friday morning (AEST) is a must to keep their hopes of a semi-final berth at the FIFA Confederations Cup alive.

On the back of a spirited and fighting display against Germany on Tuesday, there’s cause for optimism in the Aussie camp.

But that doesn’t mean Ange Postecoglou won’t demand more and he’ll expect his side to improve and produce a more consistent performance over the 90 minutes.

And they’ll have to against a Cameroon side which impressed against the speed and quality of Chile in their opening game.

The Indomitable Lions are a squad full of pace and power and their fast-breaking style can be a tricky to deal with. 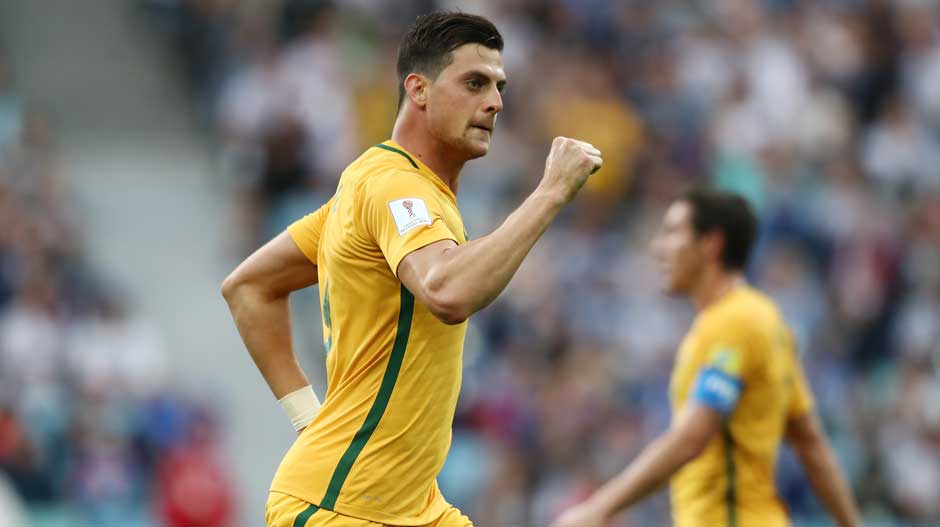 But Australia have their own threats. The Caltex Socceroos’ ‘Tomi Guns’ – Juric and Rogic – are in sublime goal-scoring form, while Aaron Mooy and Robbie Kruse also had their moments against the Germans.

But this will require a complete team effort to get the job done. And with so much at stake for both nations, get set for a gripping 90 minutes in St Petersburg.