Germany are on the horizon for the Socceroos later this month, and with this in mind we re-live Australia's surprisingly good record against reigning world champions.

After a 1-0 loss to Brazil in Melbourne [thanks to Romario’s lone goal] and a 3-0 win over the Saudis, the Socceroos needed to beat Argentina to make the final.

But no one would have predicted what Frank Arok’s side would do to the reigning world champions at the Sydney Football Stadium (now home to Sydney FC).

While this wasn’t Argentina’s full-strength side, they still possessed talent like Diego Simeone, Oscar Ruggeri, Sergio Batista and Hernan Diaz.

Paul Wade put the home side in front inside two minutes before the Albiceleste equalized on the half-hour mark through Ruggeri.

But the turning point – and one of the most memorable goals in Socceroos history – happened just before half-time to swing the match in Australia’s favour.

The Socceroos won a free-kick almost 40-metres from goal with Charlie Yankos stepping up and hitting a thunderbolt, which took a slight-deflection off the three-man wall and flew into the right-hand corner.

It was a truly sensational goal.

Yankos converted a second-half penalty while a beautiful 80th-minute header from Vlado Bozinoski completed an historic night for a Socceroos outfit made up entirely of players from the old National Soccer League.

For Socceroo fans, this was a night that’ll go down in history as one of the greatest.

The Socceroos headed to the Confederations Cup in Saudi Arabia just a month after their heart-breaking 1998 World Cup qualifying failure against Iran in Melbourne.

But Terry Venables’ side managed to put that disappointment aside to go on an incredible run to the tournament’s final. 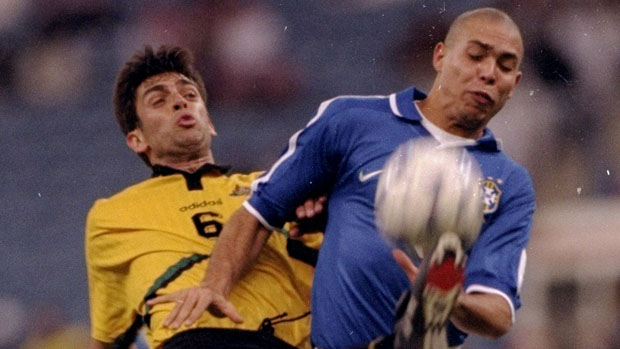 Along the way they came up against 1994 World Cup winners Brazil – the competition favourites and with a star-studded side which included Ronaldo, Roberto Carlos, Rivaldo and Bebeto who were all preparing for France 98.

The Socceroos weren’t overawed though, producing a stoic defensive performance to repel everything the world champions threw at them.

It was a result that made people sit up and take notice of the Australians.

But unfortunately they couldn’t repeat the feat when the two sides met in the final a week later, as Mark Viduka’s early red card saw Brazil win 6-0 with hat-tricks by Ronaldo and Romario.

And given this was in a competitive FIFA tournament match, what followed in Daegu in South Korea was up until that point, one of the finest wins in Socceroos history. 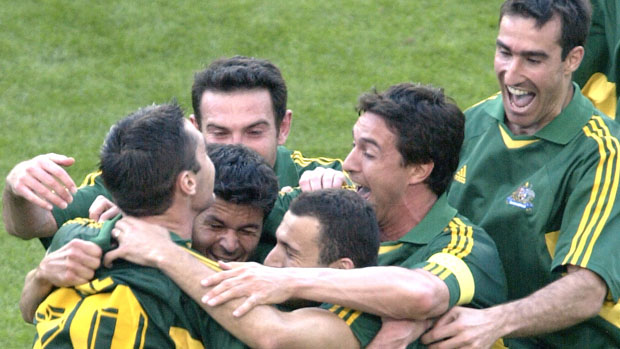 Not much was expected against Les Blues but Frank Farina’s side weren’t daunted by their big-name opponents, surviving an early onslaught before taking control of the match in the second half.

And they got their reward just short of the hour mark.

Midfielder Josip Skoko swung in a free-kick which beat the wall and force ‘keeper Gregory Coupet into a save, palming the ball onto the woodwork.

It rebounded into the path of Clayton Zane who made no mistake, slotting the ball away to complete a famous victory.

The French pushed hard for an equalizer and thought they had it near the end when Laurent Robert’s header looked in only for a superb reflex save from Mark Schwarzer.

Les Bleurs met Australia in a friendly a few months later at the MCG, but they still couldn’t get the better of the Aussies, drawing 1-1 in an at-times spiteful encounter.