Olyroos' mojo is back: Donachie

He smashed home a crucial goal to help dispose of Vietnam but defender James Donachie says the Olyroos' defensive performance gave him more satisfaction as the team's confidence soars ahead of the do-or-die clash with Jordan.

The Olyroos bounced back to form at the AFC  U-23 Championships on Monday morning (AEDT) with a vital 2-0 win over Vietnam in Doha.

Donachie’s early strike in just the second minute gave Aurelio Vidmar’s side the perfect start before they sealed the win over a stubborn Vietnam with Jamie Maclaren on target on the hour mark.

After a first-up loss to UAE, it was a massive three points – and clean sheet for the Olyroos.

“That’s what I play for to keep the nils,” Donachie told FFA TV.

“After the first game I was a bit disappointed but [now] very happy and very confident going into the last game against Jordan we can do it again.

“It was a much better start than our first game, all the nerves and jitters were out and the boys looked really sharp today,” the Brisbane Roar defender added. 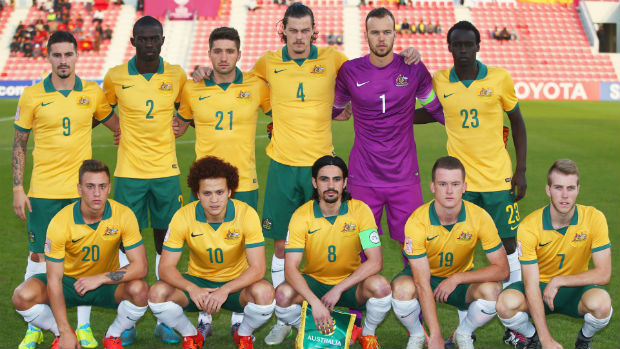 The important win for the young Aussies, coupled with Jordan’s 0-0 draw with UAE, means the Olyroos face a must-win clash against Jordan in the final group game to stay alive in their quest to qualify for the Rio Olympic Games.

“After watching the boys play tonight I’m definitely confident we have goals in us,” Donachie said.

“If we can keep a tight unit at the back then I think we can go in with a confident head we can take three point away.”

Knowing they had to win against Vietnam, Donachie’s second-minute strike eased some nerves.

It was a fantastic finish, lashing the ball home from just outside the six-yard box after the Vietnam defence failed to clear a corner.

“It just dropped in front of me and I just had a crack at it and it ended up going in,” Donachie said of his rare goal.

“It’s always nice to get a start like that in a match, it gives you a bit of confidence going in.