Olyroos kick-off their own Road to Rio

Now, in the after-glow of the Socceroos’ renaissance under Ange Postecoglou, the national team’s younger brothers are poised to begin their own journey. The prize? A chance to shine at the Rio Olympics in 2016.

Josh Brillante, Terry Antonis, Chris Ikonomidis, Mustafa Amini and Adam Taggart are all available for the Olyroos. This group has a fresh look about it under coach Aurelio Vidmar – a Socceroo assistant coach under Postecoglou.

Throw in Alex Gersbach at left back, Danny de Silva as play-maker and Jason Geria at right back and we’ve got some talent to call on. Then there’s Jackson Irvine and Giancarlo Gallifuoco.

It all starts later this month with the first part of 2016 Olympics AFC qualifiers in Chinese Taipei.

It won’t easy. But if successful there, qualifiers next January in Qatar will determine which three AFC nations earn a dream ticket to Brazil for the August 2016 party in Brazil.

The Olyroos were in China last November for a four-team tournament as preparations for qualifiers. Though striker Corey Gameiro’s serious injury soured the tour, they beat Korea Republic 1-0, drew 2-2 with Brazil and lost 3-1 to the host nation.

Encouraging signs. And if history is any gauge, we’ll play with no fear. Having worked with Postecoglou for the last 15 months, I’ll be fascinated to see how Viddy approaches how this group plays.

Some of the Olyroos’ high points over the years include knocking out the cocky Dutch in 1992 courtesy of two Ned Zelic wonder goals, and subsequently finishing fourth in Barcelona at that year’s Olympics.

And back in the 1990s, if sensational mullets counted for anything, our U-23s were way ahead in the fashion stakes (Milan Blagojevic, seen here playing for the Socceroos, led the way with this cracker). 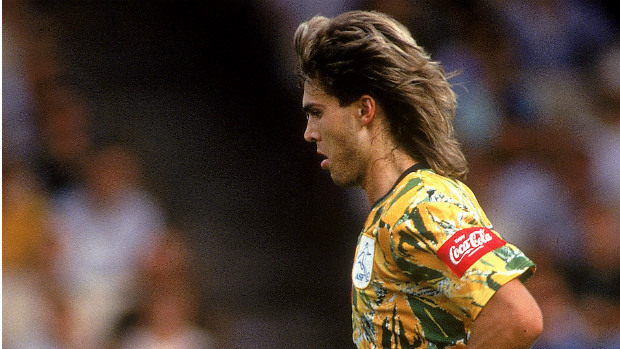 Mark Viduka’s outrageous back-heel goal in 1996 at the Atlanta Games and thrashing Serbia and Montenegro 5-1 in Athens eight years later were other high points.

In fact you could argue from 1992 – when the team were first dubbed “Olyroos” - to 2004, the Olyroo ‘brand’ was stronger than the Socceroos.

Some extraordinary stories of qualification and successful Olympics campaigns saw the team grab the headlines in the Olympics cycle in between failed World Cup campaigns for the senior national team (for those new to our game, we’ve never always qualified for World Cups or won Asian Cups; dark days are very much part of our rich history prior to 2005).

While the national team failed to qualify for the three World Cups from 1990 through to 1998, the Olyroos breezed through the qualification in 1992 and 1996, turning on the style in the Olympics of Barcelona and Atlanta.

They gave football in Australia a huge boost at a time when success was hard to come by.

It all began in Barcelona. Well actually just getting to that year’s Olympics was a story in itself. A bunch of largely part-time players from the NSL – coached by the wily Scot the late Eddie Thomson.

The Olyroos finished fourth at Barcelona 1992. An super-human effort for a largely part-time players. One of the youngest players in the squad was a strapping defender from Sydney United. His name was Tony Popovic.

Ned Zelic was the standout in the campaign with two incredible goals to help knock out the Dutch (his second in Holland is generally regarded as one of the greatest moments and goals in national team history).

Once in Spain, Australia defeated Nii Lamptey’s Ghana 3-1. A draw with the highly rated Mexico and a particularly impressive 3-0 victory over the Danes had the Aussies storming through the group.

A 2-1 win over Sweden put the Olyroos into the semi-finals as Olyroo fever swept Australia. Though fitness finally told and Poland ended the run with a 6-1 thumping.

Australia ended fourth after Ghana took their revenge with a 1-0 in the Bronze medal play-off. It was a stunning tournament for the Australians who made the world sit up and take notice.

At the Atlanta Games in 1996, the Olyroos were minutes away from shocking Spain in the group stage at the Citrus Bowl in Birmingham. Ivan De La Pena and the regal Raul with two late strikes to break Aussie hearts 3-2.

A loss to Robert Pires’ France and a 2-1 win over Saudi Arabia – featuring an outrageous Mark Viduka goal – rounded out the tournament.

The new millennium Olyroos fell at the group stage in 2000 – the Sydney Olympics – after a loss to Pirlo’s Italy in front of over 93,000 at the MCG. Subsequent reversals to Nigeria and Honduras ended a disappointing Sydney Olympics for Raul Blanco’s men who were expected to do better on home soil and with home support. 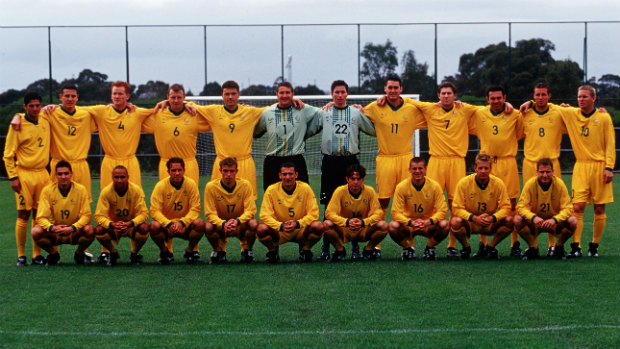 However, the Aussies made the quarter-finals at Athens 2004 under then national coach Frank Farina, along the way racking up a 5-1 win over group whipping boys Serbia and Montenegro (featuring a Tim Cahill goal, the first of many in the green and gold).

A draw with Tunisia and a loss to Argentina got the Aussies through to the final eight. Iraq ended the run with an Emad Mohammed goal just after the hour, winning 1-0.

And in 2008 Drogba’s Ivory Coast and Messi’s Argentina were simply too good - Graham Arnold’s men couldn’t quite match it with some of the world’s best in the group stage.

However, the next campaign saw the Olyroos reach their nadir, failing to qualify for the London 2012 Olympics bowing out with a whimper in qualification. A bitter blow when you consider Old Trafford, St James Park and Wembley would’ve awaited our boys at the London Olympics.

Now there's a chance of redemption.

After the Socceroos laid down a Brazilian marker in 2014, it’d be fitting if the Olyroos wrote their own chapter, inspired by that famous campaign of 1992 in Belo Horizonte, Sao Paulo, Salvador and Rio.