Sydney FC's Olyroo defender Alex Gersbach says the Australians will put everything on the line in Thursday morning’s (AEDT) AFC U-23 Championships clash with Jordan to ensure their Rio Olympics dream stays alive.

“It’s do-or-die, sudden death just like our last game was against Vietnam. We need to approach it the same way,” the Sydney FC left-back told FFA TV.

“We can’t be scared, we have to be confident, just play our football and if we stick to our game plan, we’ll win the game.

“There’s plenty of confidence in the group but we have to remember it was Vietnam, it’s not Japan we beat 2-0,” Gersbach added.

“We’ve got to stay focused and really take it to Jordan…hopefully that will see us through.”

Gersbach says the side took a lot of confidence from the clinical victory over Vietnam but concedes they must step it up again to finish the job against Jordan.

“We were a lot better against Vietnam as most of us could see and we have to be better again against Jordan,” he said.

“I think Jordan will play similar to UAE and we’ve really got to combat that, make sure we’re solid defensively and keep a clean sheet and then obviously create some chances and score some goals.” 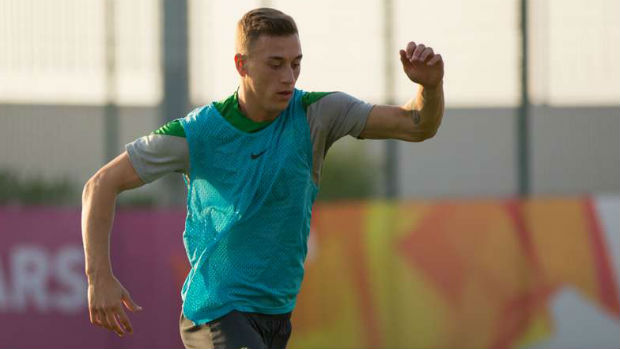 At 18, Gersbach is one of the youngest members of the Olyroos squad but has started both games for Aurelio Vidmar’s side in Doha.

Gersbach, who is also a part of Paul Okon’s Young Socceroos squad, says he feels comfortable amongst this U-23 group and he’s excited about some of the young talent in Australian football.

“There’s a few great players in our Young Socceroos team as well,” he said.

“He’s a great player, I think we might see him playing in this squad soon. Players like that just need more game time in the A-League and then they’ll flourish.”