Socceroo Josh Brillante has joined relegation-threatened Empoli on an 18-month loan deal from Fiorentina in a bid for more playing time.

The former Newcastle Jet will try his luck at the Stadio Carlo Castellani after struggling to break into Vincenzo Montella's Viola side in Italy's top flight.

Brillante, who is able to play in defence and midfield, moved from the Jets to La Viola in July, but has managed just two Serie A starts so far this season since making his debut against Roma on 30 August.

He is expected to be available for Empoli's match at home to Udinese on Monday. Maurizio Sarri's team are 16th on the Serie A table, two places and two points above the relegation zone.

The 21-year-old, who has five Socceroos caps, will hope the move affords him more time on the pitch and a potential return to the national squad, which has won through to the last four of the AFC Asian Cup.

Having been named in the expanded squad that trained in Australia before last year's World Cup, Brillante was among the players left behind when Ange Postecoglou's departed for Brazil.

Brillante's last appearance in the Green and Gold was against the Socceroos' Asian Cup semi-final opponents, United Arab Emirates, in October last year when they were held to a 0-0 draw in Abu Dhabi.

He was not included in the current final 23-man squad which will take on the UAE in Newcastle on Tuesday for a spot in the Asian Cup final on 31 January. 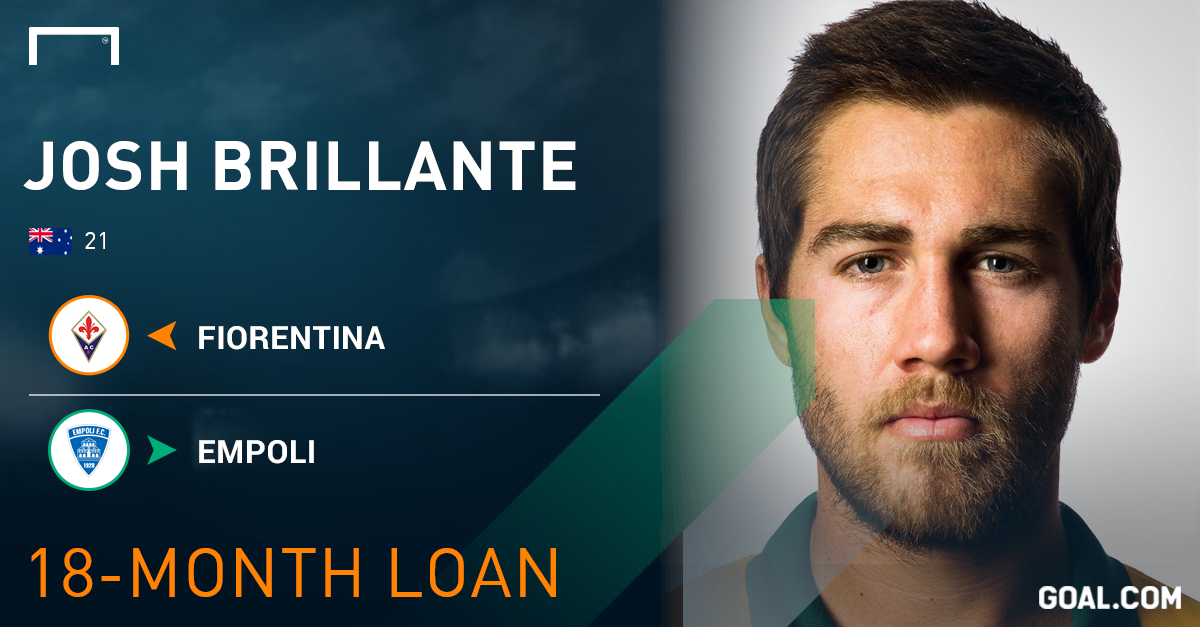