Everyone has a story to tell about November 16, 2005 – the night the Caltex Socceroos finally qualified for the World Cup after 32 years.

Ahead of Australia’s final two games in World Cup qualification for Russia 2018 – against Japan on August 31 and our final game at home to Thailand on September 5 – we speak to those who were there at ANZ on a night that changed the nation and the code.

John Greco currently writes about the Socceroos for the official national team site.

Back in 2005 he was a junior reporter at the Manly Daily and a massive football fan. He went with his family to the game. Here are his recollections.

‘It was a mixture of excited expectation and anxiety heading out to Homebush on that night, November 16 in 2005.

While the feeling amongst many of my family and friends who I went to the game with was that ‘this is our time’, bitter memories of the failed attempts of the past were never far from my mind.

There are so many moments from that night I still remember so vividly.

From the jeers during the Uruguay national anthem – which I may have been involved in as well – to Alvaro Recoba’s early missed chance which surely – had it gone in - would have meant another agonising four-year’s of hurt.

Then the anticipation of seeing Harry Kewell brought on in the first half to the utter jubilation soon after when Marco Bresciano’s swing at the ball with that beautiful left-foot ended up in the back of the net. 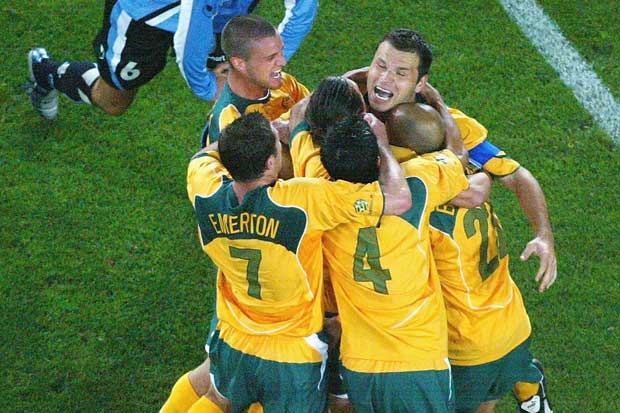 The rest of the match was a bit of a blur but I remember the atmosphere never relented.

A quick prayer and look to the heavens before hanging on every kick to see if our boys could finally do it.

The feeling when Mark Schwarzer pulled off his second save of the shootout was like nothing else, bettered only a few seconds later when John Aloisi smashed home the final penalty.

The loudest roar I had ever heard made way for hugging and high-fiving - mostly with complete strangers in the seats around us - followed by a few tears knowing the long drought to go to a FIFA World Cup was over.

This was a long-awaited party and one I was so, so happy to be a part of. 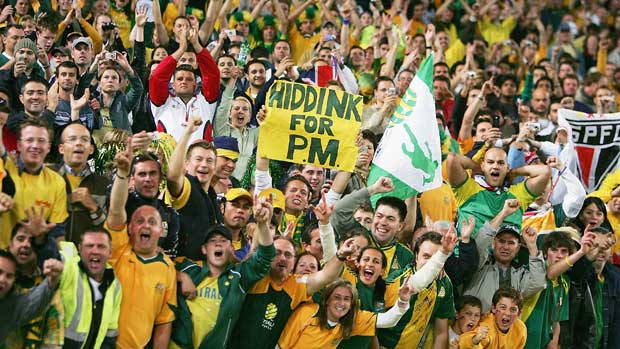 Sing when you're winning

The ride home – undoubtedly my best-ever bus trip - was more like a carnival as we sang songs and re-lived every moment of an incredible night.

While nothing will ever quite match that euphoric experience, the 2017 Caltex Socceroos are likely to face another must-win home qualifier to get to Russia in 2018.

Bring on September’s clash with Thailand in Melbourne. Let’s hope it’s another magical night and we have another reason to celebrate with the Australia heading to another FIFA World Cup.'