Less than a year after swapping the Hyundai A-League for Austria's Bundesliga, Jimmy Jeggo has been rewarded for his leap of faith by his former club boss Ange Postecoglou.

The 24-year-old is the bolter in the Australian squad for next month’s back-to-back FIFA World Cup qualifiers against Saudi Arabia (Jeddah) and Japan (Melbourne).

The central midfielder has earned his spot playing a key role for Sturm Graz as they’ve charged to the top of the league in Austria.

A genuine box-to-box midfielder, Jeggo rose to prominence in the Hyundai A-League first with Melbourne Victory then with Adelaide United  with his energetic displays, willingness to get forward, composure and excellent passing range.

In 2015 he was named the NAB Young Footballer of the Year in the A-League as his reputation really began to grow. 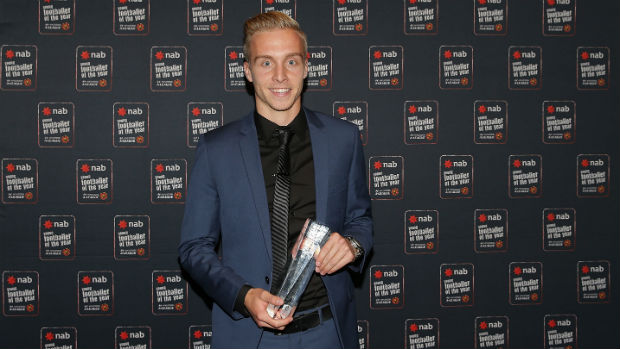 Jeggo's game has been more refined since moving to Austria, with Sturm Graz boss Franco Foda preferring him in a holding midfield role.

And it’s been some rise to the Green and Gold for the Vienna-born Jeggo.

After moving to Melbourne as a young boy, he started his youth career at Green Gully before going on to the Victorian Institute of Sport.

Despite being called up to a couple of national youth squads, Jeggo never made an appearance for Australia at junior level.

His break came in 2010 when Melbourne Victory spotted his ability, making Jeggo a member of their National Youth squad for the 2010/11 season.

At the end of that season he signed a three-year senior deal at Victory, making his debut the following season against Central Coast Mariners. 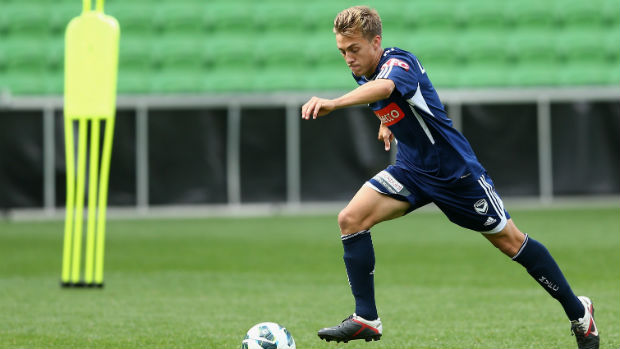 He played under Postecoglou during the Caltex Socceroos boss’ short stint at Victory, before opting to leave the club in 2014 after making just 30 Hyundai A-League appearances in three seasons.

He joined Adelaide United for the start of the 2014/15 season and working under Spanish coach - and new Socceroo assistant coach - Josep Gombau, Jeggo’s game went to a new level.

Instilled with belief and given free rein by the former Barcelona youth coach to express himself, Jeggo blossomed that season and played the most minutes that of any Adelaide United player on the way to a third-placed finish.

And he was rewarded for his breakout season by taking out the NAB Young Footballer of the Year award, ahead of the likes of Terry Antonis, Tomi Juric, Jamie Maclaren and Brandon Borrello. 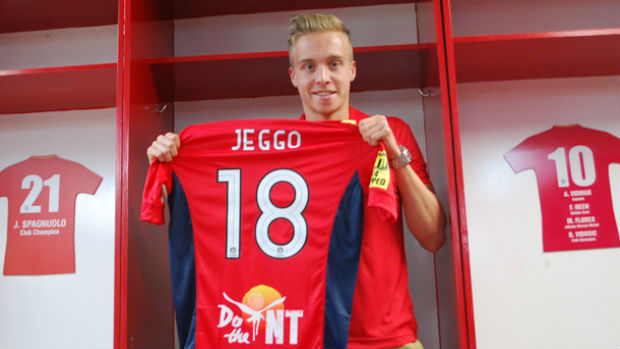 A move to Europe beckoned and that dream presented itself in early 2016, agreeing to join the Austrian club who had been keen on his signature for almost a year.

While it took him a few months to break into the first team, Jeggo is now a regular and earning plaudits for his performances on a weekly basis.

He’s played all eight matches so far this season, with a pass accuracy of more than 80%, making 30 interceptions and winning 76% of tackles, demonstrating just how much his game has matured.

And now in just three week’s time he could potentially be lining up against the might of Japan in a key World Cup qualifier on home soil.

In a Caltex Socceroos midfield which already features the likes of Mile Jedinak, Aaron Mooy, Tom Rogic, Massimo Luongo, Mark Milligan and Jackson Irvine, Jeggo is another pushing his name forward for selection.

What a thrilling time ahead for this fresh face in the Australian squad.