Socceroos defender Ryan McGowan has confirmed he’s headed back to China after signing for Henan Jianya for an undisclosed fee.

The 26-year-old departs Scottish outfit Dundee United, whom he joined at the start of 2015, having previously played for Shandong in the Chinese Super League.

The move has been mooted for some time, with McGowan’s last appearance in the SPL coming over a month ago, however the paperwork has only been finalised ahead of China’s transfer window closing.

Despite Dundee struggling this season, with the club 11 points adrift of their nearest rival at the foot of the ladder, McGowan said he’d enjoyed his stay.

“I have really enjoyed my twelve months at United and I would like to thank everyone at the Club, from the fans, coaches, fellow players to everyone behind the scenes who made it a great experience,” said McGowan

"I was proud to have captained the team on a couple of occasions this season and leave with many positive memories.

“I am excited to be heading back to Chinese football and it is a great move for me to a fantastic club in Henna Jianye.

“Once United had accepted the bid I was very interested in the move.

“Now that all the paper work is completed, I look forward to the next stage of my football career.”

McGowan’s move sees him join fellow Socceroos defenders Matthew Spiranovic and Trent Sainsbury in China’s burgeoning league, which is set to commence its season at the start of next month. 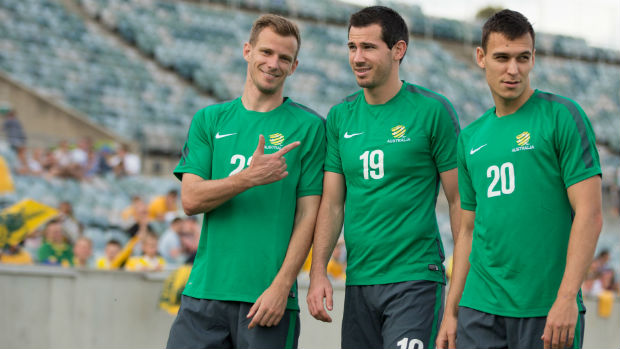