Caltex Socceroos midfielder Aaron Mooy has revealed he’s being scouted for a spot on Manchester City’s playing roster fuelling hope he'll be plying his trade in the EPL next season.

The 26-year-old, currently on loan from his parent club at Huddersfield Town, has been in sparkling form over the past 18-months.

After a stellar season with Melbourne City led to him signing for Pep Guardiola’s squad, Mooy has helped the Terriers to fourth on the Championship table at Christmas.

But even if his current side don’t earn a promotion in May, Mooy could yet find himself playing in the Premier League next season.

“Manchester City speak to me at least once a week and their scouts are coming to our matches, so they know how I’m doing,” Mooy told the Huddersfield Daily Examiner.

“They see me developing and they are in touch quite a lot, so it’s good.

“They wanted to put me in a tough league to test me out and see how I deal with it, and they are happy with how I’m going.

“But they still think I can improve and play at a higher level, so hopefully I can keep progressing.” 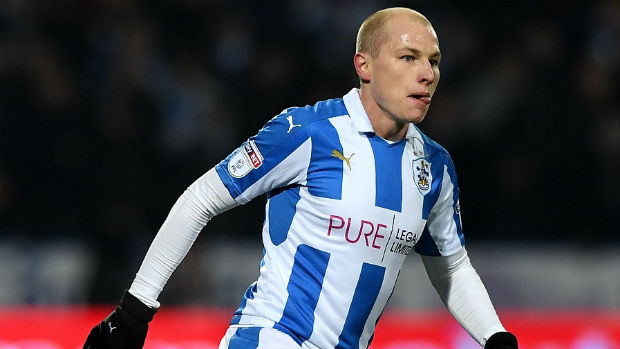 There’s little doubt the former Bolton Wanderers midfielder is certainly making the most of his second chance to play in England.

Recently nominated the PFA footballer of the year by his peers, Mooy is hoping to share in team success come the end of the campaign.

“When you move to a new club you don’t know exactly what it’s going to be like, you never do,” said Mooy.

“You speak to people and you hear stuff but until you actually go there and live it, and experience it, you don’t really know.

“I’m really enjoying it here, I feel part of the team and part of the group and, while there are lots of ups and downs along the way, we stick together.

“Hopefully, at the end of the season, it will have been a very good season for the club.”