Make the most of the beautiful game

I did make some bad decisions along the way, and, yes, I did do some things which in hindsight I probably would have done differently, but at the end of the day I believe I made the most of my career.

“Your career is short, make the most of it.''

That's something I heard many times throughout my career. At times it seemed very insignificant, but believe me, it-s true. Now that I've officially retired, I've had time to reflect on what I've achieved. I often think to myself: ''Did I make the most of my career?” Thankfully, the answer is yes.

Obviously I did make some bad decisions along the way, and, yes, I did do some things which in hindsight I probably would have done differently. But at the end of the day I believe I made the most of my career. Difficult as it was to hang up my boots, it's nice to be able to say I've got no regrets.

I-m a big believer in hard work, and I also believe that if you want something bad enough 99 times out of 100 (with a little luck) you'll get it.

I played in two World Cups, and in South Africa I was voted by FIFA-s technical team as Australia's best-performing player. I-m also pretty proud of the fact that I'm one of only two players to have played in every minute of every game at both World Cups.

For PSV Eindhoven I played in four UEFA Champions League campaigns, racking up 25 appearances, as well as playing a number of games in the UEFA/Europa Cup. With PSV, I won three consecutive championships and a Dutch Super Cup, and I also won a championship with Ajax Amsterdam along the way. It was a privilege to have played with and against some of the world's best players, and that's something I'll always cherish.

Now I haven-t written all of this to try and make myself look good. I know for a fact that there are plenty more players around the world who have achieved a hell of a lot more then me. But I just hope that in one way or another, I can provide another young Australian player with the inspiration to do the same, or perhaps better, than I did. Whatever the case, I'm pretty pleased with what I achieved.

Not that everything went to plan, of course. Plenty of good things come out of playing football, but there are also things which you never think will happen to you. Over the last couple years I-ve gone through some pretty rough times with injuries, for instance. I still ask myself why, and how, did this happen to me? But I guess things happen for a reason.

After I got my (knee) injury I was written off by many people, so I heard. A lot of people thought I would never play again. I must admit, it was a very tough time for me on and off the field - probably the toughest period of my career. I had people say to me: “Jason, I hope you can prove all those doubters wrong.''

Personally, I felt I had nothing to prove to anyone. I only wanted to prove to myself that I could play again, because in my heart I knew I would. I got there in the end.

Obviously I have to thank Sydney FC for the opportunity, and belief they showed in me, and the support I got from certain people at the club, especially Stan Ivancic. Without these people going the extra yard for me, the process could have been a lot harder.

I must admit that I found it very challenging, physically and mentally, even though it may not have seemed that way from the outside. I-m man enough to say that perhaps I should have, and could have, gone about things a little differently in the end. But I also believe things would have been different had they been handled better. That-s football, as they say.

Do I wish things had ended differently? Yes I do. But I must live with the decisions that I made. I-ve always prided myself on being a good and honest person, and then to be the best professional I can be. Maybe in the situation I was in, my best was not good enough for some.

Despite all the difficult times I-ve gone through in the last few years, I prefer to remember the good times. This great game has given so much joy to me and my family.

I have also come to learn that in football you have your ups and downs, but ultimately it-s how you pull yourself out of those downs which will determine how far you go. For me, one chapter in my life has closed, but another is starting to open up. I'm comfortable with that. 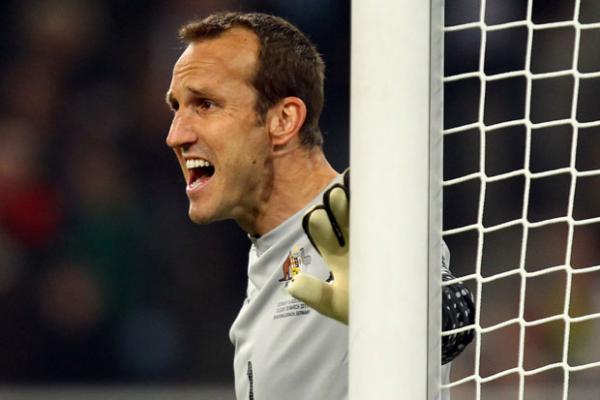 How Schwarzer's Socceroos career could've ended just after it started

A peculiar comment made to Mark Schwarzer at the start of his international career helped ignite the most decorated goalkeeping career Australia has ever seen. A mistake from Schwarzer on his starting debut lead to Canada's opening goal in a crunch play-off for the FIFA World