Born in Sydney, Luongo left as an unknown teenager joining London club Spurs in their youth set-up in 2011.

At the EPL club he trained with superstar Gareth Bale and learnt his trade with some of the biggest names in the EPL, but with first team spots difficult to crack he went out on loan to Ipswich then at Swindon before joining Rangers last summer.

Now with the likes of Harry Kane, Dele Alli, Kyle Walker, Danny Rose, Eric Dier and Andros Townsend (who left Spurs to join Newcastle) in the England set up, it’ll be a Tottenham reunion of sorts when the English host the Australians on Friday night (Saturday morning Australian time) at Sunderland’s Stadium of Light.

“It’ll be nice to touch base a little before the game or after the game,” Luongo told reporters on Tuesday.

“They’ve all done well and obviously the Tottenham team have done.

“It’ll be a challenge. They’ll all be on the same wavelength and it’ll be a good challenge for us.” 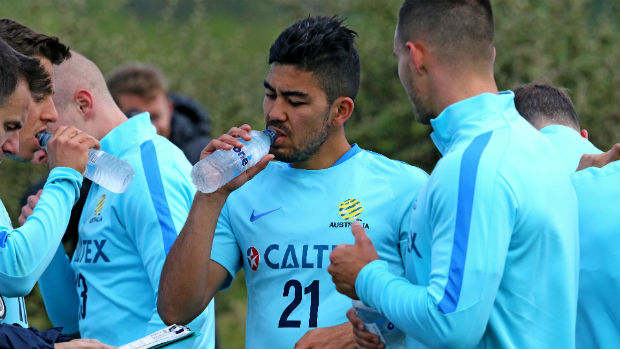 Dier could be the holder for England, with Luongo, if he gets on, working spaces in behind and playing balls in for Juric and Co.

Luongo senses England could be vulnerable against any side that ask questions of their defence.

"I don't know what formation they'll play but having Dier holding there, sitting there, it might be a little tough to break down.

"But also they do expose themselves because of the attacking ability they have. Which we can expose at times.

"That's our strengths. Boys getting in the pockets and turning them getting them running back to their own goal.

"But we'll have a lot of hard work without the ball but we can hurt a lot of teams.

“We haven’t come up against a side this highly ranked as this for a long time," he added.

“So it’s a good test to see how far we’ve come. And we need to progress and work on things we worked on today.

“It’s exciting for me. I kind of call London my home now. So it’ll be nice for people I know.” 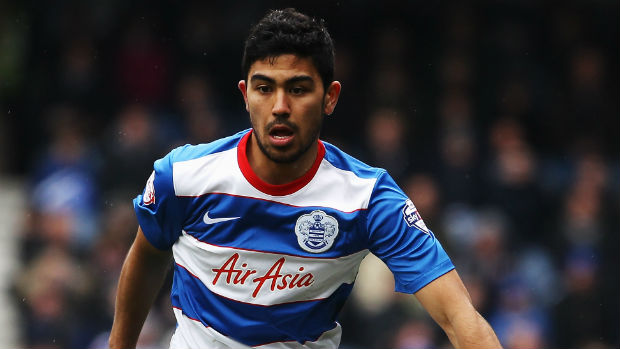 Luongo is coming off an up and down season, his first with London club QPR after a move from Swindon Town.

He was left out of the side for a spell and had some spells out with injury whilst the managerial merry go round was in full swing at Loftus Road as first Chris Ramsey, Neil Warnock then Jimmy Floyd Hasselbaink took the reins.

The side finished 12th in the Championship.

“I’ve got loads more to show,” he said when asked about next season.

“It was a difficult season, and every manager wants something different, so pre-season will be important.”

Luongo won’t be travelling to Australia after the England games for the Greece matchs in the Dodoni Series with the Asian Cup hero due to become a father in early June.