Australia and Japan were drawn together in the final round of FIFA World Cup qualifiers on Tuesday night, along with Saudi Arabia, Thailand, Iraq and UAE in a tricky Group B in the AFC.

This is the third World Cup qualifying campaign in a row these two AFC heavyweights have been drawn together.

Japan play in Australia this October in what will be another blockbuster meeting before the sides meet in the Land of the Rising Sun in August 2017.

It adds to an already fabulous rivalry going back famously to the 2006 World Cup where Australia defeated the Samurai Blue in the group stage. 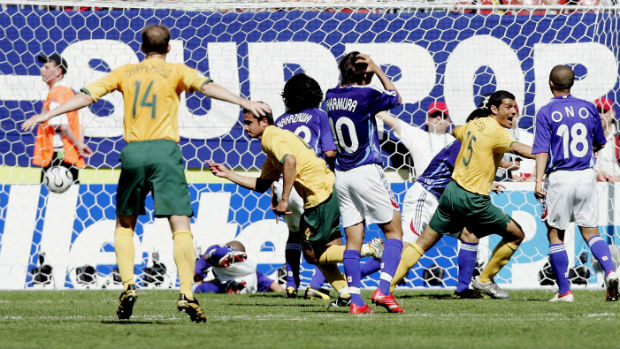 The 29-year-old Okazaki - who is set to become a Premier League winner and play in next season's UEFA Champions League with Leicester - is wary about the task ahead against Ange Postecoglou's men.

What's more, the former Shimizu S-Pulse and Stuttgart striker is hell-bent on revenge over UAE after they knocked Japan out of the 2015 Asian Cup on penalties in Australia at the quarter final stage.

"First of all, I'm delighted to face UAE again," Okazaki told Omnisport in an exclusive interview.

"I really wanted UAE in our group. I can't forget the humiliation.

"I really wanted to beat them in the qualifiers. This is my first impression when I saw the draw. 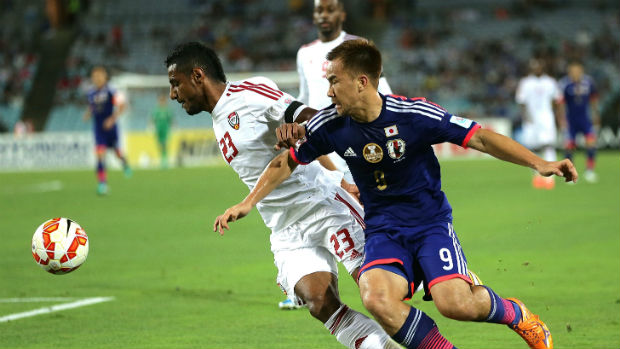 "About Australia, we are always in the same group. That's my impression.

"[Former Socceroos goalkeeper] Mark Schwarzer is here [at Leicester] and I spoke with Mark about it. Overall, there are no easy matches.

"As everybody says, the standard of Asian football is improving and world football's level is also rising quickly nowadays.

"We can't get wins easily in Asia anymore."