All week we've spoken with Aussie fans about the emotion they felt around the Caltex Socceroos' winner-takes-all World Cup qualifier in 2005. Now we speak to a national team player who was there on the night.

She’s won Grand Finals, been to two World Cups, scored in one, and triumphed at the 2010 AFC Women’s Asian Cup with the Westfield Matildas.

Football has blessed Sydney FC striker Leena Khamis with an envious catalogue of memories, and not just from her on-field exploits.

As a then 19-year-old fan, Khamis joined former team-mates Heather Garriock and Michelle Carney at Stadium Australia in November 2005 as the Caltex Socceroos famously ended decades of heartbreak with their qualifying victory over Uruguay.

Wednesday night’s winner-takes-all play-off against Honduras will be held at the scene of that emotional outpouring, the kind which was captured in a photo of Khamis among the revellers.

“I have never been more excited as an Australian footballer in this country than that night,” she recalled.

“I can still remember [John Aloisi’s winning] penalty and the goosebumps it gave me and how much we jumped up and down.

“It was one of the best days of my life as a footballer and as a fan.

“I remember the exact moment [the photo was taken] and Wednesday’s game is giving me déjà vu.

“It was just an awesome feeling all-round the country I think.”

It’s that feeling which has Khamis itching to be part of an expected crowd of over 70,000 for what could be another storied moment in Australian sporting history.

“I’m an all-round sports fan and I’ve seen many codes at Stadium Australia, from State of Origin to Grand Finals to A-League matches and derbies,” the 25-time international said.

“But [the 2005 qualifier] was the biggest event I have ever been to in Australia in terms of the stadium erupting and the general atmosphere.

“I have never seen anything like it in Australia.” 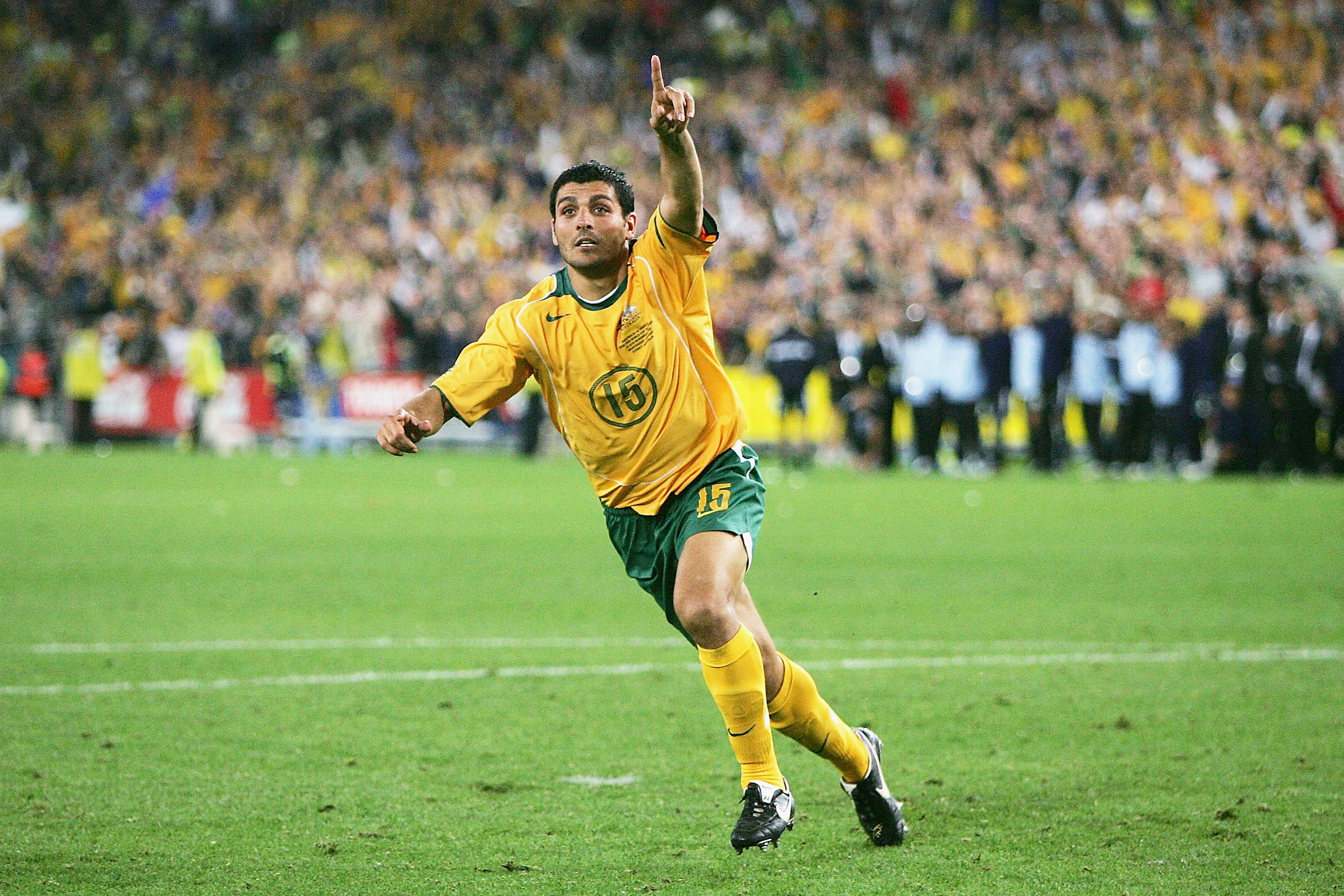