If the Caltex Socceroos' last visit to the West is anything to go by, fans could be in for another treat when Ange Postecoglou’s side heads to Perth for a crucial clash on September 1.

The Caltex Socceroos will kick off their final phase of World Cup qualification against Iraq at Perth’s Rectangular Stadium on September 1, almost exactly year since they last played in the WA capital.

On September 3, 2015, in a World Cup qualifier, Australia returned to Perth for the first time in over a decade.

And they served up an attacking masterclass for the fans, dispatching Bangladesh 5-0 in front of nearly 20,000 fans on a pristine pitch.

It was a real night to remember for the hosts with the impressive Tom Rogic and Nathan Burns both netting their first goals in the Green and Gold, while Mat Leckie added to his solitary international strike.

The Socceoos blitzed the Bengal Tigers in the opening 30 minutes, surging to a 4-0 lead with a brace to Rogic and goals to Leckie and Burns leaving the visiting side unable to find any answers.

It appeared the Aussies would rack up a cricket score against their outclassed opponent but Bangladesh managed to stem the flow and held Australia at bay until just past the hour mark. 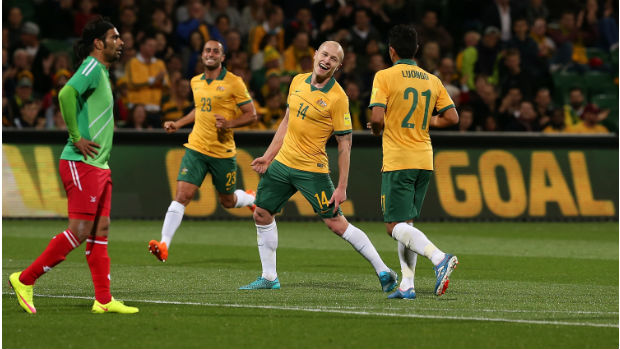 The classy midfielder had one his best games for the national team and capped his performance with a stunning long-range strike.

Mark Milligan played the ball into the playmaker on the edge of the area with the Melbourne City star expertly turning before unleashing a fizzing drive which flashed past Bangladeshi keeper Sahidul Alam.

Australia continued to press and could have added to their tally with substitutes Chris Ikonomidis  and Jackson Irvine both striking the woodwork in the second stanza.

All up, the Socceroos enjoyed more than 80% possession, made nearly 600 more passes than their opposition and fired 32 shots on goal to Bangladesh’s two.

What a night for the fans.

And it was a job well done for the Socceroos as they prepared to head to Dushanbe to tackle a tricky Tajikistan outfit just five days later. 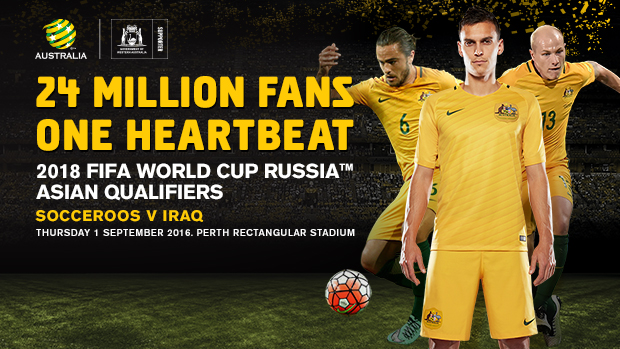