Langerak: Dortmund must wake up

Mitch Langerak has called for Borussia Dortmund to 'wake up' ahead of their DFB Pokal final against Wolfsburg later this month.

Dortmund suffered a potentially costly 2-1 defeat to the same opponents in the Bundesliga on Saturday, damaging their chances of qualifying for next season's UEFA Europa League.

Jurgen Klopp's men and the Wolves will meet again in the German Cup final on May 31, with Socceroos goalkeeper Langerak demanding a higher level of concentration from his outfield team-mates.

"We can't be asleep when we come out at the start of the first and second half like that," he told the Bundesliga website after conceding in the first minute of the opening period and four minutes into the second.

"It's happened too often this year and unfortunately we've been punished. We don't need (to concede) a goal to wake us up. We should already be awake once we go on the pitch. Hopefully that'll be rectified in the next two games." 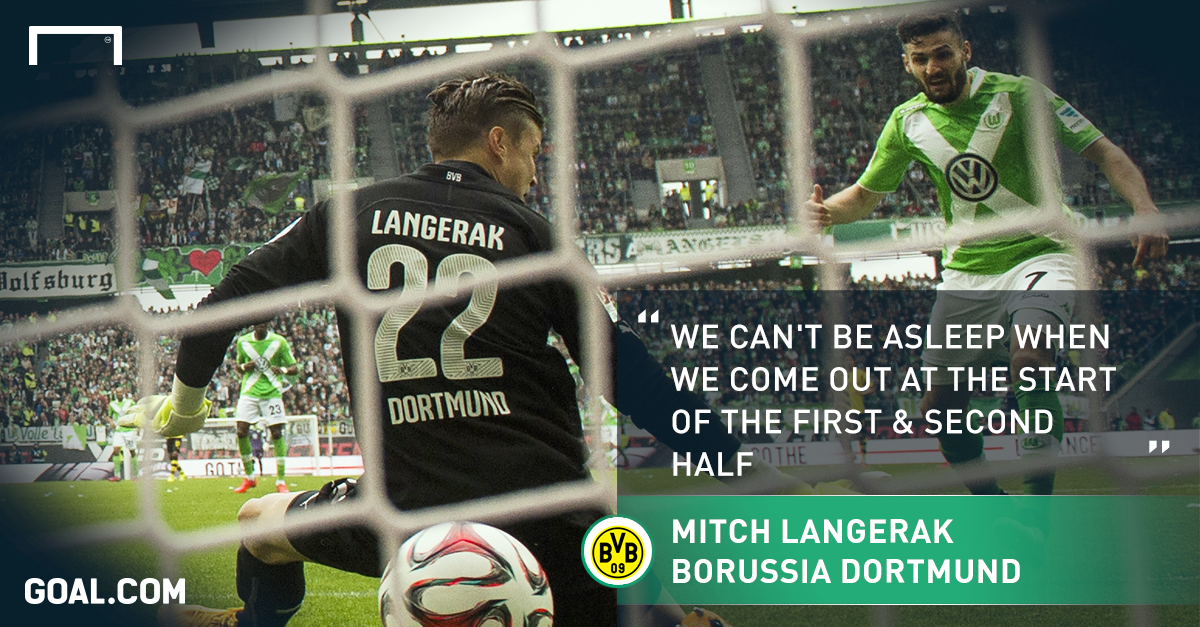 Wolfsburg, second in the standings, are firmly on course to qualify for next season's UEFA Champions League, while Dortmund are attempting to salvage some pride from a disappointing showing in what is Klopp's final campaign in charge.

Goals from Daniel Caligiuri and Naldo sealed the three points for Wolfsburg last weekend, with Patrick Aubameyang equalising in vain for the visitors.

Langerak doesn't believe the result will dictate the likely outcome when the two clubs meet again at Berlin's Olympic Stadium.

"It's a little bit different in the cup final, there's obviously more riding on it," he said.

"It was a good hit out there for both teams. We've still got things we want to achieve in the league this year. (We're) looking forward to the cup final and hopefully it'll be a different game."