Socceroo keeper Mat Ryan says his chances of playing in Thursday’s vital World Cup qualifier against Kyrgyzstan are unclear but he's remaining positive about returning to regular football with Valencia and Australia.

Ryan hasn’t played in over two months since undergoing surgery for a meniscus injury in his right knee suffered playing for his La Liga.

The 23-year-old former Belgian league star has only had three full training sessions with the Valencia first-team and hopes to take part in today's (Tues) open session with the Socceroos at GIO Stadium.

If he can get through the last two sessions before the game unscathed, it will then be up to coach Ange Postecoglou to determine who will be his number one.

Bournemouth’s Adam Federici has played the last three World Cup qualifiers in Ryan’s absence, while Alex Cisak is also in the squad.

“Considering the last couple of months I have had I’ve pretty much taken each day as it comes,” Ryan told reporters in Canberra on Tuesday.

“I just want to make sure I’m 100 percent right. At the moment I think I can only go about it each day and see how I feel.

“The game’s coming up and I’m not sure [if I’ll play]. My first training today [Tues] and hopefully I will be out there with the boys and see how I measure up after that.” 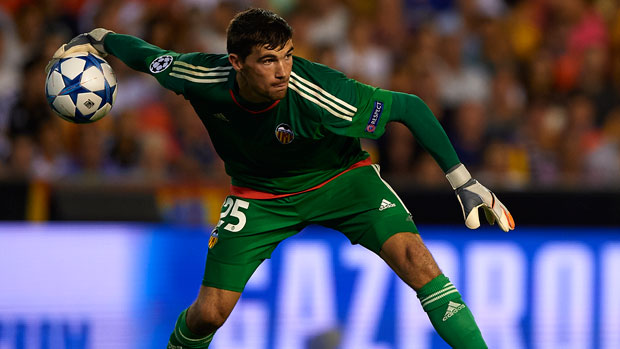 Ryan was restricted to walking laps on Monday a result of needing four separate flights to get from Valencia to the nation’s capital.

The former Mariner has been doing extra work in the gym with the Socceroos coaching staff since joining camp to give himself every opportunity to play.

“The only thing is I need to build up the muscle and the strength and get a bit more power. I have a little bit of instability still, I’m just trying to work on that and build it up.

“I was up a little bit earlier in the gym this morning just getting moving and now I’m looking forward to getting out there this afternoon.”

Ryan admits it’s been tough to be sidelined after making such a strong start to his career in Spain, but is philosophical about the situation. 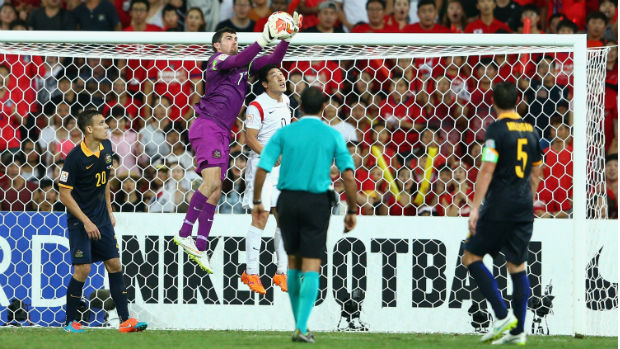 He sees it as a minor bump in his career and already has plans to force his way back in to be Valencia's – and the Socceroos' – main man again.

“It’s a bit like life, I’m learning as I go. Unfortunately it’s the first injury in my career where I’ve missed any football so it’s a little bit of a new experience,” Ryan admitted.

“You take for granted when you are just fit and able to do everything.

“It’s life at the end of the day but I’m working hard in other things, studying the team, how they are playing and the league.