Bundesliga based striker Robbie Kruse feels he is getting back to his best in the green and gold as a relentless Caltex Socceroos demolished Jordan 5-1 on Tuesday night.

Kruse was one of Australia’s best, setting up the first three goals and giving Jordan’s plenty of headaches in their FIFA 2018 World Cup qualifier in Sydney.

It was the Bayer Leverkusen winger’s first start for the national team since the AFC Asian Cup final 14 months as he’s endured a torrid time with injuries. 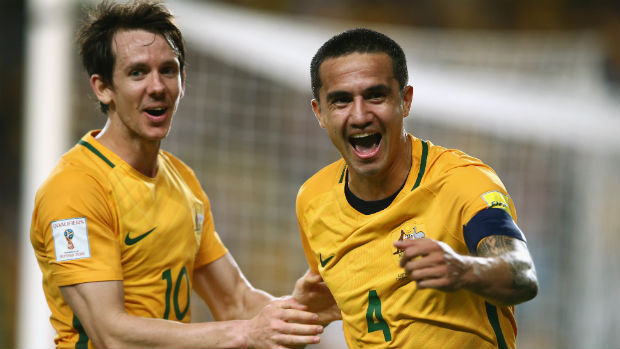 But back to full fitness now, Kruse showed in his 70 minutes on the pitch at Allianz Stadium he will be a pivotal player for Ange Postecoglou’s side on the road to Russia.

“I’m happy with the way I performed. It’s only my second [game for Australia] in a long time.

"It’s been difficult mentally but I feel like I’ve worked extremely hard to get back to a position where I’m back to my best and hopefully I showed the people tonight,” he told Fox Sports.

“Collectively it was a great performance form the first minute to the last we really implemented the game plan perfectly.

“We were relentless in how we played and the more games we get in, we’ll only get better.” 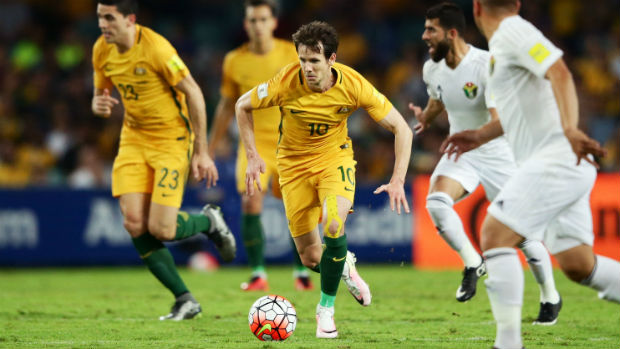 If there were any nerves for the Socceroos while the score was 0-0, Kruse helped dispel those with three assists in a blistering first-half.

He played two brilliant crosses for Tim Cahill’s goals as well as releasing Aaron Mooy through the heart of the defence for his goal.

“You always want to be an important part of the team and I’m no different,” Kruse said.

“I’ve had to sit back and watch everyone get a lot of chances and play in the team. Of course I want them to do well but I want to play, I want to be an important part of the team and I want to go to the next World Cup and do something big.

“It was important to me to show I can still get to my best and I think tonight I did that.” 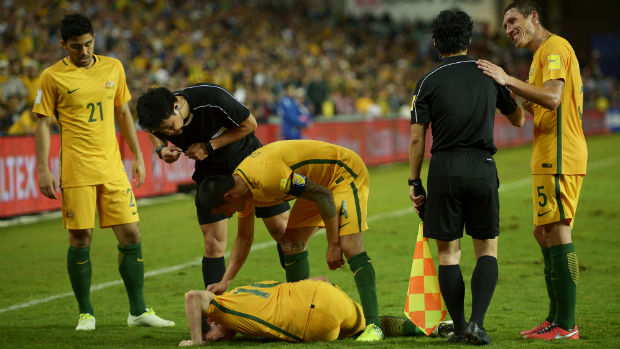 There was a scare for Kruse though after the break when he was on the end of a crude challenge by Yousef Ahmed Mohammad which forced him off with a knee problem.

Asked about the incident, Kruse said: “You don’t like to see that on the football field.

“It [the knee] feels good, I’ve been told it looks all good. I’m just really thankful it looks good at the moment.”