Key stats from Australia's impressive win at AFC U23 Championships

Australia made the ideal start at the AFC U23 Championships in China, disposing of a spirited Syria 3-1 on Thursday night.

Here's some key stats from the match. 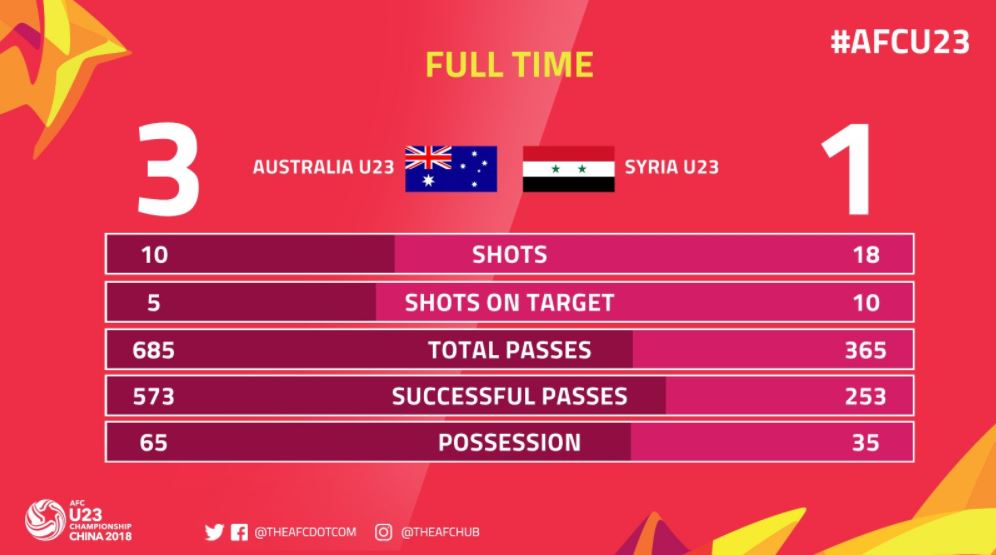 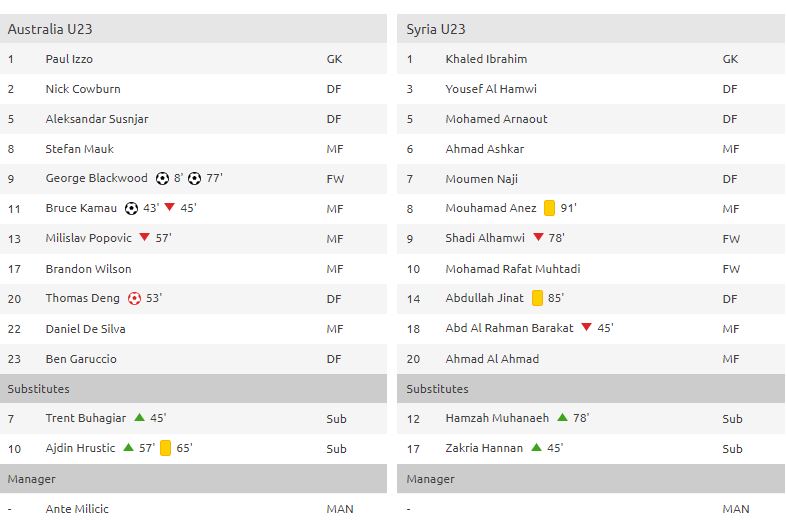