Joeys qualify for AFC Under-16 Championships

The Joeys have qualified for the AFC Under-16 Championships after a courageous 1-0 win over Vietnam in Hanoi on Sunday.

Needing a win to leapfrog the hosts on the ladder, Mersim Memeti’s first-half header proved enough for Tony Vidmar’s side.

Memeti timed his run perfectly, getting to the far post from a corner to head the ball back across the ‘keeper and into the far corner of the net,

The goal was a just reward for the Aussie youngsters, who dominated the first 30 minutes and had already had two goals disallowed for offside.

There was a score in the second half when Vietnam was awarded a penalty but much to the Joeys relief the taker put the shot wide. 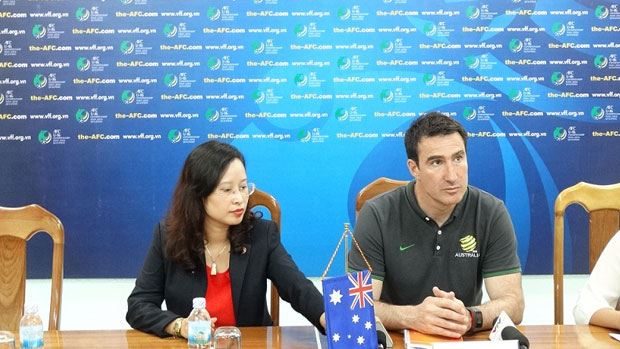 The victory means the Joeys have qualified for next year’s AFC Under-16 championships, where the youngsters will then try to reach the FIFA 2017 Under-17 World Cup.

“In the end in terms of result, we did what we had to do, but in terms of performance it was not to the standard of what we are capable of,” Technical Director Peter de Roo said.

“The group has shown to have a lot of potential, and we now have time to work towards the next challenge against the best in Asia next year.”