The Joeys' 7-1 win in the AFF U-16 championships yesterday means a semi-final berth and also more games for the team to continue their development, says technical director Peter De Roo.

It cemented second place in Pool A behind Vietnam.

Australia will play Thailand tomorrow in the semi finals. 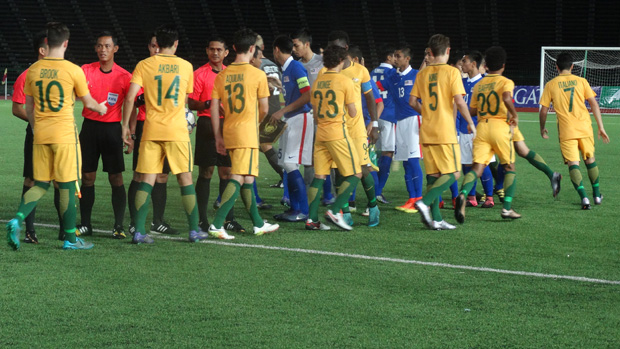 “We’re happy to have reached the semi-final stage – this gives us an extra two matches – games against this type of opposition are vital for our development, and our preparation for the AFC U-16 Championships in September," said Joeys technical director Peter De Roo.

"I think our first few games showed that. Our last two games were definitely a progression, our performance was better.

"There were periods of play which were very good, although there were still some periods which were not good enough, so we need to be more consistent.”

The semi final teams are Thailand, Cambodia, Australia and Vietnam.