Joeys head coach Tony Vidmar has praised his young side’s character after their 2-1 win over Argentina, which has almost guaranteed them a spot in the 2015 FIFA U-17 World Cup Round of 16.

The Joeys struck first through Nicholas Panetta in the 25th minute after he got on the end of a well-worked free kick.

Panetta completed his brace in the 52nd minute with an audacious volley from 30 yards.

It took an impressive backs-to-the-wall performance for the rest of the half to quell an Argentinian resurgence, but the Joeys held out despite conceding after a penalty.

Vidmar said his young side showed maturity beyond their years to earn four points in the tournament’s ‘Group of Death’.

“I don’t think anyone expected Australia to get four points from this group,” Vidmar said.

“But as I said at the start of the tournament, we have a lot of players who can rise to the occasion and step it up.

“Credit to our boys; you can never doubt their endeavour, their commitment, their desire.

“These are all Australian traits that we have in our blood.” 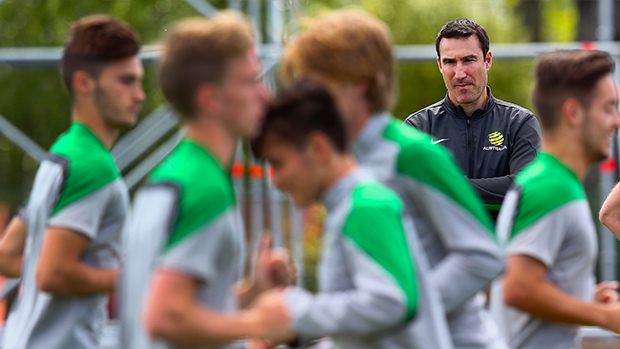 Australia now has to wait until tomorrow’s fixtures are completed before they are assured of a spot in the Round of 16; only the best four third-placed teams qualify for the knockout stages.

While four points means the Joeys are better placed to qualify for the Round of 16 than England in Group B, results in Groups E and F could send Australia home.

If the Joeys were to progress to the Round of 16, they would likely face a Nigerian side that looked incredibly threatening in their opening two games with a 2-0 win over USA, and a 5-1 win over hosts Chile before going down 2-1 to Croatia.

Vidmar said that even though he was pleased with the result and the performance, there were still areas of the game that the Joeys needed to fine tune ahead of the knockout stages.

“The players in the first half stuck to what they knew and how they could play the game, so they rose to that challenge, but where we struggled was after we went 2-0 up,” Vidmar said.

“That’s where we should actually have a lot more space, and have more control of the ball.

“But for some reason, players started to invent their own game and it helped Argentina get some momentum.

“It made for an enthralling game for the spectators, but not for the coaching staff.”

Australia now awaits results from Groups E and F - which will be finalised by 11.00am (AEDT) on Monday morning - before being able to confirm whether they will definitely progress to the Round of 16.