Joel King: I thought the boys were messing with me

There has been a lot of noise about Joel King lately.

An international debut, a move to Europe, and solid performances against Denmark’s two biggest clubs have put the young defender front-and-centre in many people’s news feed.

With all the hype and activity, it’s incredible to think that only three months ago, many Socceroos fans didn’t know much – if anything – about the left back.

That all changed on 27 January 2022 when King announced himself to the wider footballing public. But when informed that it was his chance to shine, he was convinced it was just a cruel trick by some senior players.

Speaking to the Aussie’s Abroad podcast, King opened up on his Socceroos debut, the days leading up to the game, and the realisation that he might play some minutes.

You can listen to the full podcast in the player below, or subscribe and download it on Spotify, Apple Podcasts & Google Play.

While nerves are to be expected when it comes to a debut, King was having trouble keeping calm simply on the training pitch.

“When I came into camp my goal was just to learn as much as I could in that environment,” explained King.

“Some of my teammates at camp are crazy good so it was nerve-wracking even to train: I was pretty nervous because I didn’t want to stuff-up and look like an idiot.

“To think, at that stage, that I would have started would have been crazy.”

As game day approached and King got used to his nerves and the training intensity in camp, Martin Boyle started sharing some rumours with him – something the defender was certain was a prank.

“Boyley came up and told me that Aziz (Behich) missed his flight. I thought they were trying to take piss out of young kid, trying to get me nervous so I just laughed it off.”

As we now know, Behich did indeed miss his flight due to a blizzard – meaning King was the only specialist left back in the squad.

“A couple hours after the boys told me, [assistant coach] Rene Meulensteen pulled me aside and told me that Aziz had actually missed his flight.

“He told me that they coaching staff didn’t know who was going to start but told me to be ready and to get my head around the fact I could start.” 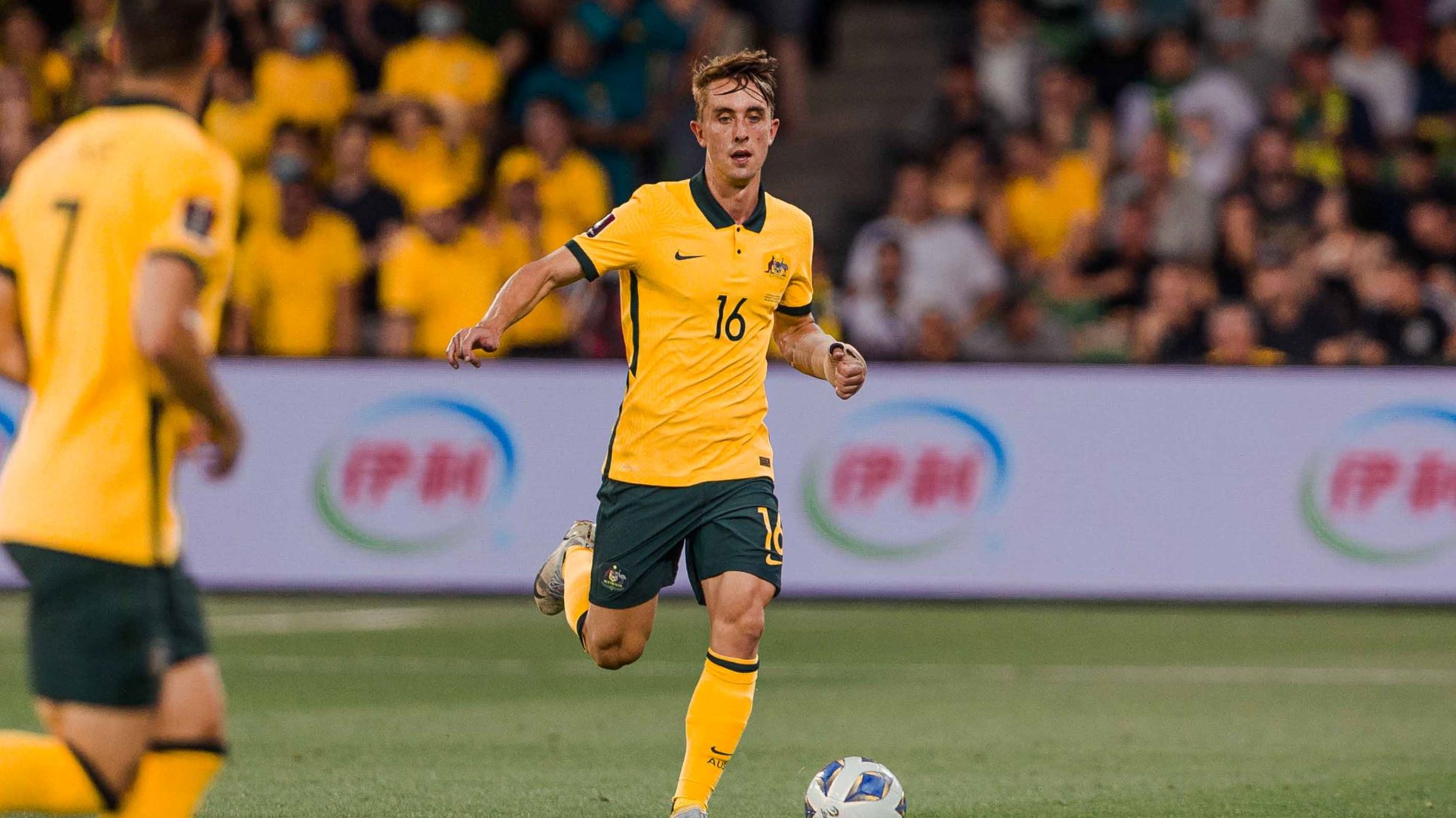 Despite this, King was still in a state of denial with different players, solutions, and combinations playing around his head. He could scarcely believe he was going to get the opportunity so instead focused all his effort into training well.

“I was thinking that because it was my first time in camp they would put Rhyan Grant at left back, or another centre back at left back. So I just tried to do my best in training.”

The decision not to dwell on the potential of starting and to instead focus on training paid immediate dividends for King.

“Thankfully Arnie had enough faith in me to play me and it was a really good experience: walking out and looking around to see Aaron Mooy and Tom Rogic, it’s crazy.

“It was hectic in the first 15 minutes but after that we started to control the game and everything settled down.

It’s no surprise that King’s heart was pounding. He was making his Socceroos debut in front of a sold-out 27,740 crowd in his home country. Not bad for a 21-year-old who was in his first-ever Socceroos camp.