The inside word on Apostolos Giannou

An intriguing sub-text to Saturday night's Dodoni Series opener between the Caltex Socceroos and Greece will be Apostolos Giannou. His former strike partner Milos Lujic tells us about playing alongside this exciting prospect in Ange Postecoglou's side.

Born in Greece, "Apo" moved to Australia as a nine-year-old not being able to speak a word of English and needing to settle quickly to his new surroundings.

Football made things easier for him and he immediately showed his talent, which was honed on the streets of Naousa in Greece.

Mooy undecided on future ahead of Dodoni Series

As Giannou’s ability came to the fore, he signed for Oakleigh Cannons and South Melbourne before heading to the Victorian Institute of Sport under Ernie Merrick. 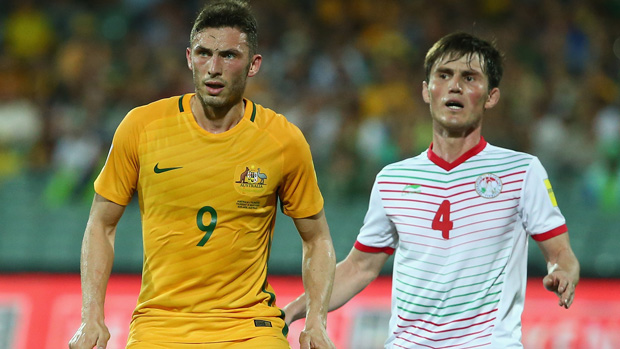 It was during these years he crossed paths with Milos Lujic, the pair forming a thriving partnership in attack and building a friendship that still lasts almost a decade on.

“It’s amazing really where he is now,” Lujic, who plays for South Melbourne in the PS4 NPL Victoria, told www.socceroos.com.au

“We all thought he was going to make it pretty far because he was always putting in extra.

“He took a punt when he was a young kid and went to Greece. It was a risk, leaving Melbourne so young but it really helped him out and it paid off for him.

“We always knew he had a lot of potential. It was always soccer for him and he worked hard to make it so he deserves the success he is having now.

“We had some great times at the VIS and with the Joeys as well. It’s just great to see he’s now playing for the Socceroos.” 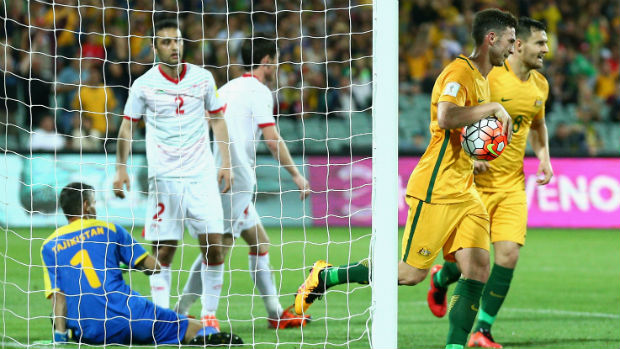 And that’s the intriguing part of this story. If things had turned out a little differently, Giannou could well have been wearing the blue of Greece at ANZ Stadium on Saturday night.

After FIFA rules prevented the then 17-year-old Giannou signing with PSV Eindhoven in 2007, he opted to head to Greece [thanks to his Greek passport] to find a club instead of the AIS.

It was the start of an intriguing journey which started at Apollon and involved stints at Kavala, PAOK, Platanias, Panionios and Asteras.

Having played for Greece at youth level, Giannou was called up to the senior squad last year and played in a friendly against Turkey but was never capped in an official match.

Caltex Socceroos boss Ange Postecoglou – who coached Giannou with the Joeys – sensed an opportunity and flew to Greece to try and convince the striker to pledge his allegiance to the Australia.

And the rest is history.

The 26-year-old made his debut in the 7-0 rout of Tajikistan in the FIFA World Cup qualifier in Adelaide in March and is now set to face the country he turned his back on in the Dodoni Series.

“It won’t bother him at all,” Lujic says.

“He likes to have a bit of fun but when it comes to training he always gave 100 percent and he enjoys his football a lot. He’s very serious about his football and it won’t be any different [against Greece].

“He’s done well at club level but international level is a whole different ball game. He just needs to take that next step and starts scoring goals [for Australia].”

Lujic, whose father Zdravko played for the Socceroos in the 1970s and 80s, was just as exciting a prospect as Giannou during their time together at the VIS and with the Joeys.

While injuries and different options meant their careers have taken different paths, Lujic will always remember those days playing together in Melbourne all those years ago.

“He [Giannou] always played a bit deeper in behind me as our attacking midfielder,” explains Lujic, who is currently banging in the goals with South Melbourne and hasn’t given up hope of finding a Hyundai A-League deal.

“It was only later on and now he’s been pushing up front. But you could tell he could do it because his finishing was always good.

“He always had the ability to score but he was providing a lot of assists as well. At a young age he had a lot of strength and physical attributes as well…he had a bit of everything to be honest, he didn’t really have any weaknesses.”

Given Giannou’s frame and quality on the ball, comparisons have already been made between him and ex-Socceroos skipper Mark Viduka.

While hopeful his old teammate can have a similar influence on the national team as the ‘V-Bomber’, Lujic says they are very different players.

“Viduka was probably one of the best in the world at holding the ball up. I think Apo has a bit more to his game,” Lujic said.

“His technique, the passing, the finishing and movement. He’s a tall boy but I don’t think he’s slow at all, he’s got a bit of pace about him as well.

“I think they are a little bit different but he’s got a lot of potential to be Australia’s leading striker in the future.

“Once he gets some more experience in the national stage I’m sure he’ll be alright and score a lot of goals.”