The Joeys have continued their impressive form in France overnight with a hard-fought 2-1 win over club side Stade Rennais (Youth) in Limoges.

The Young Aussies opened the scoring inside 10 minutes through Nicholas D’Agostino before the French outfit equalised almost immediately with the Joeys punished for a sloppy turnover at the back.

But Tony Vidmar’s side weren’t to be denied with Gian Mendez’s thumping strike early in the second stanza proving decisive as Australia secured a confidence-boosting victory.

Vidmar made a host of personnel changes from the side that drew 1-1 with USA on Thursday as Australia continue to build towards October’s FIFA U-17 World Cup in Chile.

Joeys draw with USA in France

And the new-look outfit raced out of the blocks with a neat interchange between Daniel Arzani and Nicholas D’Agostino unlocking the French outfit’s defence in just the 8th minute. 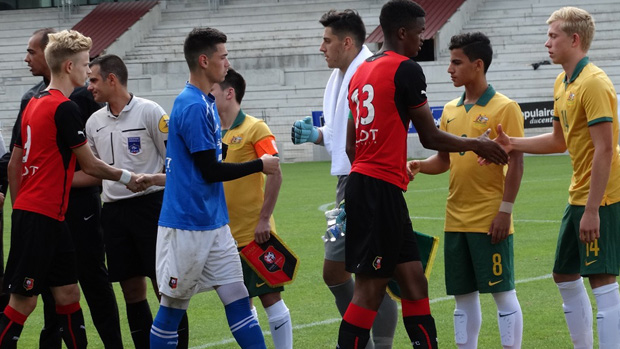 Arzani picked up the ball on the edge of the area before sliding a perfectly weighted ball in behind for D’Agostino, who showed terrific composure to slot the ball past the keeper.

But the Joeys’ lead was erased less than two minutes later, with a poor turnover inside their defensive third punished by Rennais striker Sabri Touffiqui.

Both teams settled into the contest but neither side were able to break the deadlock as the match headed to the break at 1-1.

The Aussies lifted the tempo after the interval and were rewarded in the 54th minute with Gian Mendez smashing home a thumping strike from the edge of the area to regain the lead.

The game opened up in the second stanza as both sides fatigued but the Joeys managed to hold on for a deserved victory. 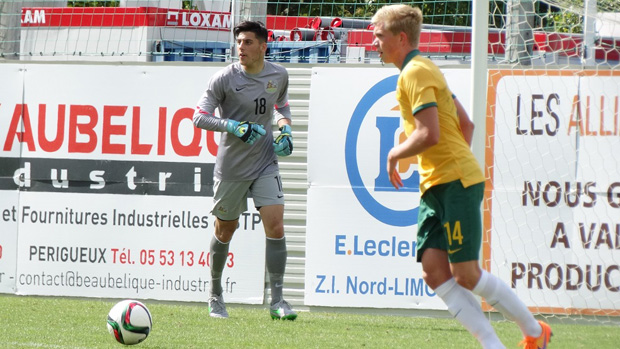 Football Federation Australia’s Technical Director Peter de Roo said the clash provided vital experience for the side ahead of the World Cup and was impressed with the side’s ability to maintain possession.

“We started the game with a completely new squad compared to our first game. Again some great learning moments in regards to our preparation for the World Cup,” he said.

“There was some good moments of collective pressing. In possession, we dominated like we did in the first game, although in patches we turned over the ball a bit too much.”

The Joeys next face France Under-17 in Limoges on Sunday.