Hyundai A-League star Michael Jakobsen was confident Denmark would beat Australia comfortably at the World Cup, but the Socceroos' performance against France now has him less convinced.

Australia's display against one of the tournament favourites in Kazan on Saturday drew praise despite the unfortunate 2-1 defeat.

Mile Jedinak had cancelled out Antoine Griezmann's penalty with a spot-kick of his own, only for an unlucky Aziz Behich own goal to give France victory in Group C.

FEATURE: Created in the Hyundai A-League: History made in Russia

Jakobsen – the Adelaide United defender who has made five appearances for Denmark – is less confident about his nation's chances after seeing that Socceroos display.

"I've seen a lot of the [Australia] games to qualify and I think they did not do that well so I was quite convinced that France were going to beat them. They did, but it was not easy for them," he told Omnisport.

"I don't know if it's the new coach [Bert van Marwijk] they got in, got some structure in the team or what he did, but it's a World Cup so a lot of things can change and they performed a lot better than what I've seen earlier.

"I've said before when I've talked about the game between Denmark and Australia, I'm convinced Denmark would win easily, actually, but I'm not that convinced anymore because it is 90 minutes and it's 11 against 11, there are no easy games at the World Cup. 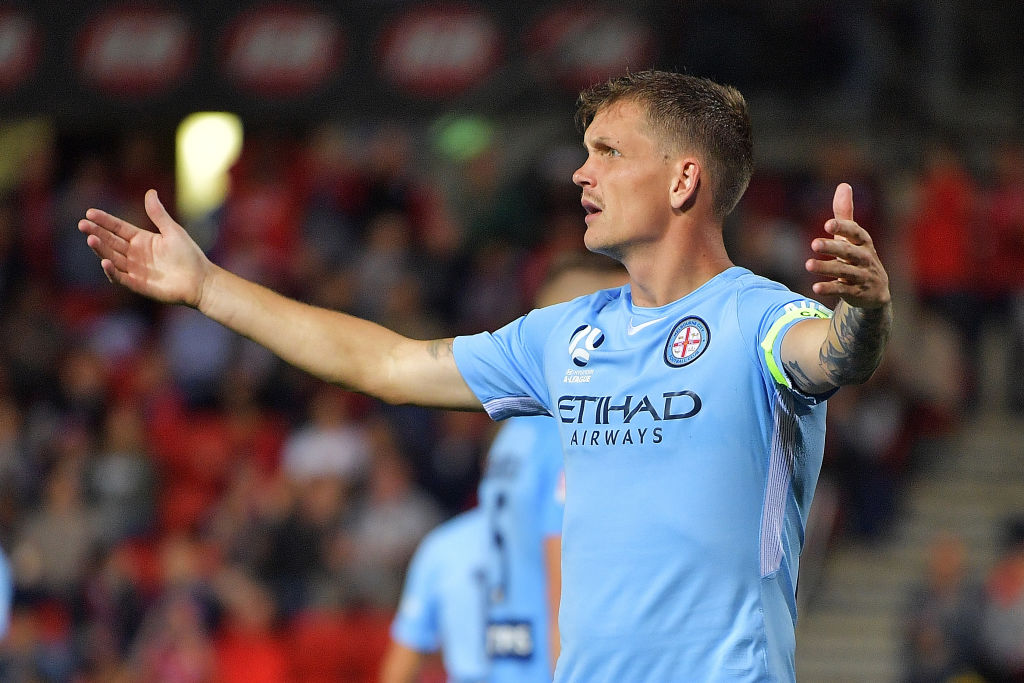 "I still think Denmark will win, but convincing? Not really. Because Denmark was not the best either in the first game [a 1-0 win over Peru] so I think they were lucky that they got three points."

WATCH THE SOCCEROOS TAKE ON DENMARK FROM 10pm AEST THUSRDAY, LIVE ON OPTUS SPORT AND SBS

Denmark scraped past Peru thanks to a Yussuf Poulsen goal to join France on three points in the group.

"I know France could've done better as well, but I think the reaction you saw from Australia after they conceded the penalty, it was very positive and they had a bit of momentum straight after," he said.

"I thought this might be a big upset, but then unfortunately they made an own goal and lost.

"I think France will go through with nine points and then second place will be very tight so we'll see how the next two games go."