Ibini in Brugge on new deal

The 22-year-old spent last season on loan with Sydney FC from parent club Shanghai SIPG, finishing the campaign with eight goals, including four in his last five games.

Ibini also debuted for the Socceroos against the United Arab Emirates in October and will be hoping to get back in the reckoning for national selection by playing in Europe.

The move will see Ibini link with his former Central Coast Mariners teammate Ryan, who was a pivotal member of the squad that claimed this season's Pro League and made a run to the Europa League semi-finals.

“Not only to see my good friend Maty back, but also because Club is a team with international allure.

“Their success in the Europa League didn't go unnoticed Down Under. I have tons of respect for what they've achieved this season.

“I'm already looking forward to give all I have for Club." 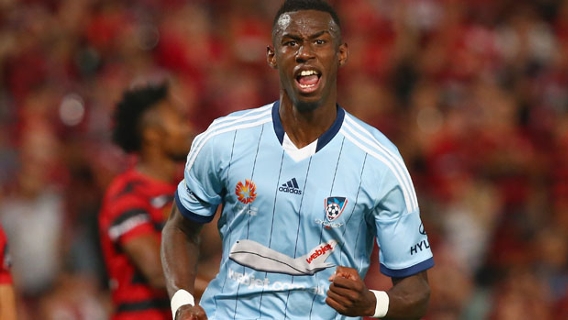