Heartbreak for Young Socceroos at AFC U-19 Championship

The Young Socceroos have missed out on reaching the knock-out phase of the AFC U-19 Championship on goal difference after a stalemate against Tajikistan overnight.

Australia’s U-20 side knew only a win from their final Group D match would suffice in Bahrain, in order to join Uzbekistan in the quarter-finals but were unable to find a decisive goal.

They certainly had their chances against a resolute defence, with the Aussies awarded a penalty in the fifth minute for handball in the box.

Despite Anthony Kalik driving his effort into the bottom left corner, the goalkeeper guessed the right way and was able to make an excellent diving save.

It was one-way traffic as the half progressed, with Jake Brimmer forcing the keeper to tip the ball over the bar with a curling long range effort.

Australia thought they had the goal they craved just after the interval when Lachlan Scott was able to bundle the ball into the back of the net but he was controversially ruled offside.

Substitute George Blackwood carved out an opening when he was able to beat the offside trap but unfortunately he sent his shot across the face of goal.

The 2010 runners-up were denied again when a fierce shot from Kalik was followed up by Joseph Champness but the keeper was again able to make a fingertip save. 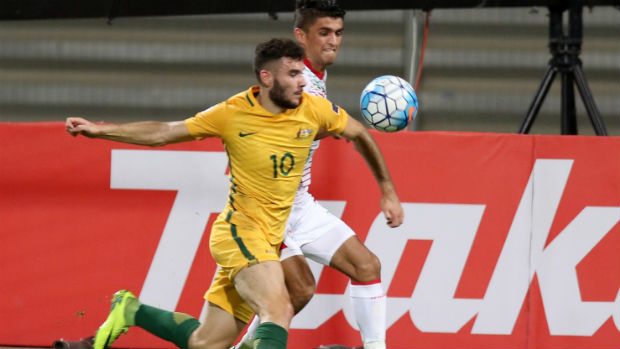 The task became more difficult when Kalik was shown a red card for a second bookable offence and while the Aussies continued to toil with 10-men they were unable to break the deadlock.

The result meant that Tajikistan progressed at Australia’s expense, with the prize of a place at next year’s FIFA U-20 World Cup in Korea Republic also alluding Ufuk Talay’s side.

"It was a one-sided game. We had a penalty in the fifth minute and if we had scored, the whole game would have changed,” said assistant coach Mark Rudan post-match.

“We created enough opportunities to win two or three games today and we just didn't finish them off. That's what's disappointing.

"Otherwise we executed the gameplan. I feel for the players in the dressing room because they deserved to go to the next round and hopefully it's a learning curve for the players." 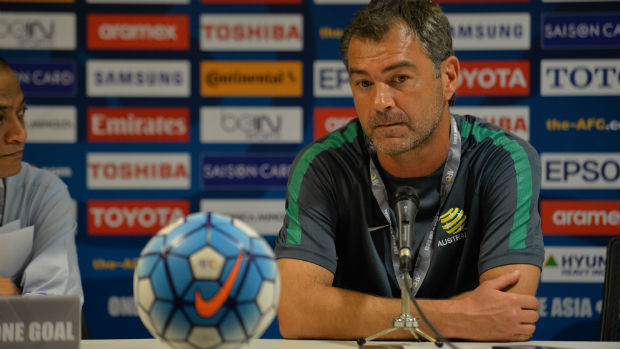