Heartbreak as Olyroos held by Jordan

The Olyroos 2016 Rio Olympics dream is over after they were held to a goalless draw by Jordan in their final group game at the AFC U-23 Championships in Doha on Thursday morning (AEDT).

Needing a win to stay alive in the tournament, which doubles as Rio 2016 qualifiers, Aurelio Vidmar’s side was unable to find the decisive goal in a hard-fought contest.

They went close right at the death though as Jamie Maclaren’s clever lob over the ‘keeper cannoned onto the crossbar and away, and with it went the Olyroos hopes of progression.

While the Olyroos dominated possession they struggled to create enough threatening goal-scoring opportunities and seriously test Jordan gloveman Noureddin Ateyah in a disappointing way to end the tournament. 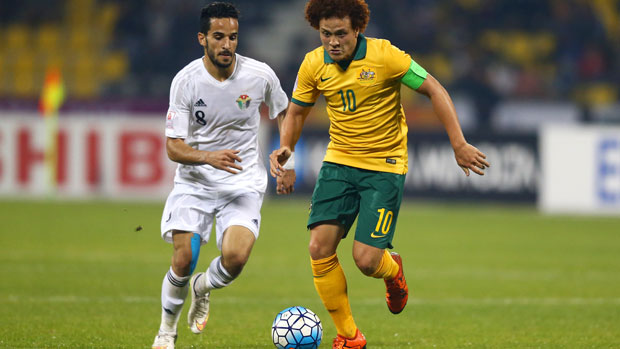 * With so much on the line it was a cagey start, with both sides showing a few signs of nerves in the first 10 minutes.

* The Olyroos manufactured the first real chance from a corner on 13 minutes as Cameron Burgess edged in front of his marker but he couldn’t keep his volley down from about eight yards out as it skied over the bar.

* As the half wore on Jordan were more contest to sit deep and rely on long balls to try and catch the young Aussies out without any luck.

* Despite a glut of possession the Olyroos were really unable to carve out any real chances, Josh Brillante blazing a shot over the bar from distance 10 minutes before the break.

* It took until the final minute for Jordan to get a shot on goal, with Mahmoud Almardi cutting in from the right and letting fly from just inside the box but Aaron Lennox saved comfortably down to his left. 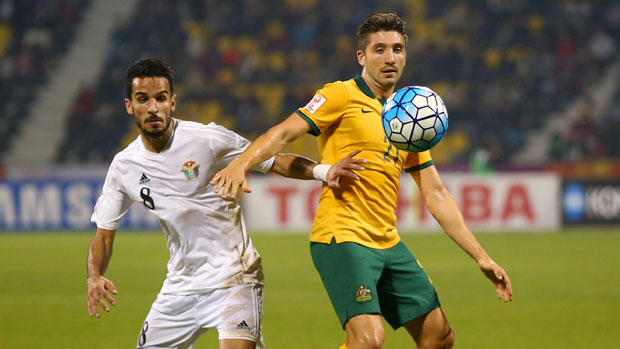 * A swerving strike from just outside the box by Ahmad Hisham almost gave Jordan the early soon after the break, but Lennox produced a full-stretch dive to tip it around the post for a corner.

* The match was starting to open up with Lennox required to make another stop from Ehsan Haddad’s effort, while Brandon Borrello couldn’t quite get enough power on his acrobatic volley down the other end.

* Vidmar injected both Andrew Hoole and Terry Antonis into the match soon after to try and spark the Olyroos attack and find the crucial goal they needed.

* Frustration started to build for the Olyroos heading into the last 10 minutes as Jordan tried to slow the game down and break up the young Aussies’ momentum.

*The Olyroos were almost caught on the counter attack as the match went into six minutes stoppage time only for Jordan substitute Saleh Ibrahim to spurn a glorious one-on-one opportunity.

*Then agonisingly, Maclaren’s little lob over the keeper from Burgess’ flick on rebounded back off the crossbar, and the Olyroos best chance was gone.

Australia exits the tournament with just one defeat and one goal conceded, while Jordan move on to the quarter finals to play Korea Republic. 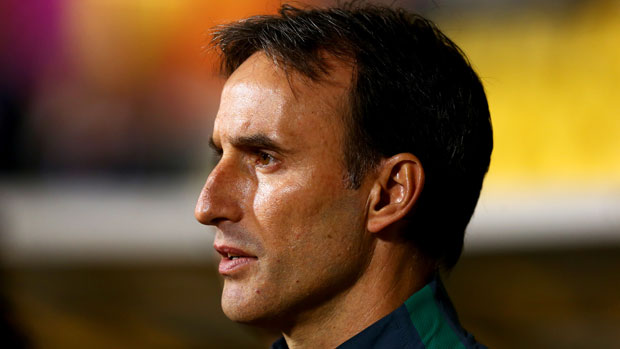