The way Australia played against Chile at June's FIFA Confederations Cup serves as a perfect example of what the side is capable of, says Caltex Socceroos assistant coach Josep Gombau.

One month from now, Australia may have secured their FIFA World Cup spot.

It won't be easy by any means, with crunch games away against group leaders Japan on August 31 and then Thailand in Melbourne on Tuesday September 5.

With Japan, Australia and Saudi Arabia in a titanic tussle for top two automatic World Cup qualification, these final two games will decide each nation's fate.

Why these two game are massive for Australia

Aussie fans rally ahead of September 5 in Melbourne

AUSSIES 'IN A GOOD WAY'

“I think we are in a good way,” Gombau told  www.socceroos.com.au .

“At the Confederations Cup, the team was amazing – we went from less to more in every single game.

“Against Chile, we did very well against one of the best teams in the world.

“I'm sure if we play with that intensity and mentality, we don't need to fear anyone. 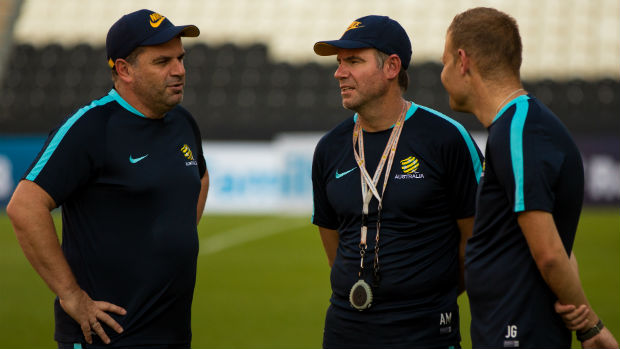 “These two games can be a very good test for us.

“We need to keep the same mentality that we had against Chile.

“Hopefully in Melbourne against Thailand we can qualify automatically as one of the sides that goes to the World Cup next year."

HOME CROWD CRUCIAL TO PUSH OUR BOYS OVER THE LINE

The passionate Spaniard is in no doubt about the importance of a vociferous home crowd on "Thai Tuesday".

“I'm sure all the fans in Australia will come to Melbourne to support us,” he said.

“It's a big day for us, a very important day.

“We need to be together to achieve this objective of bringing Australia to the World Cup.”