Mathew Leckie and Robbie Kruse both advanced in the DFB Pokal on Sunday, while it was also an impressive day for Australians in the Eredivisie.

Leckie played a full 120 minutes and converted a penalty as Ingolstadt edged past second-tier club Erzgebirge Aue 8-7 in a penalty shootout after the match finished scoreless following extra time.

In the opening competitive match of Ingolstadt's season, Leckie lined up on the left wing in a 4-3-3 formation and kept his cool with his team's third spot-kick as the Bavaria-based club advanced to the second round of Germany's cup competition.

Elsewhere, Kruse came on in the 89th minute as Bayer Leverkusen won 2-1 at fourth-tier club Hauenstein. 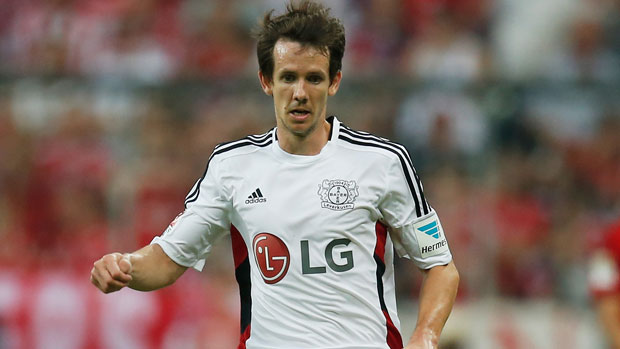 In Netherlands, Brad Jones continued his perfect start to the league season, notching his third consecutive clean sheet as Feyenoord won 1-0 at Heracles to retain top spot in the table.

Jones has yet to concede in the Eredivisie since joining Feyenoord in pre-season.

Socceroos left-back Jason Davidson made his debut for FC Groningen after joining the cellar-dwellers last week, and the 25-year-old completed a full shift and set up his new team's second goal as they lost 4-3 to FC Twente.

Tough to lose that way today. 3-0 down, then for all the boys to show so much character and determination to get it back to 3-3 was a massive positive. We have to work hard and push onto next week. Happy to make my debut for @fcgroningen and to get an assist. Thank you to all the supporters for coming out today and getting behind the team especially in the 2nd half #Eredivisie #prideofthenorth

Craig Goodwin started on the left wing and played 68 minutes as Sparta Rotterdam claimed a second straight win, edging out Go Ahead Eagles 1-0.

David Williams played a full game and scored for the fourth match in a row in Hungary as Haladas defeated Paksi 3-1.

In Denmark, Mustafa Amini was taken off in the 20th minute for tactical reasons following a red card to a team-mate as his AGF were crushed 7-0 at home by Brondby, while in Norway, Alex Gersbach played the last 14 minutes of Rosenborg's 1-1 draw at SK Brann.

In the K League, Bruce Djite was a 64th-minute substitute as Suwon FC drew 0-0 at Gwangju.