Futsalroos Head Coach Rob Varela has selected a squad of 14 players that will travel to New Zealand tomorrow to compete at the Trans-Tasman Cup and Commonwealth Futsal Cup from 8-12 July in Wellington.

Varela has gone for a good mix of youth and experience to help increase the pool of players for international competition.

“We have some experienced players missing, but this is an opportunity for some of the younger players to stake a claim for the upcoming world cup qualification campaign," Valela said.

“On this trip we have two debutants in Glen Kelshaw and Alistair Dunlop, so hopefully they will make the transition to senior international futsal smoothly.

“This is the start of our journey to towards qualifying for the Futsal World Cup and these matches against quality opposition will be very important.

“Our record at the Trans-Tasman Cup has been good in the past and I am looking forward to the challenge of defending our title." 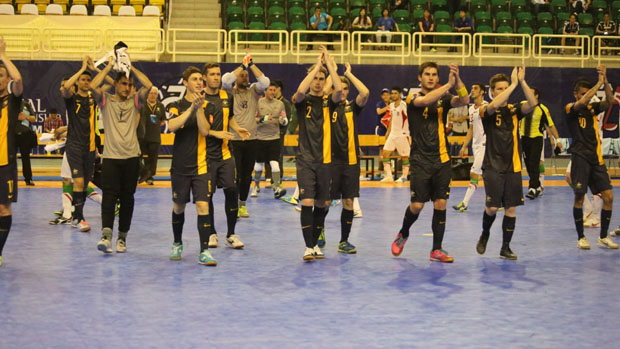 The Futsalroos will begin tomorrow night with the Trans-Tasman cup which is a three match series against New Zealand.

The final match of the Trans-Tasman Cup will also serve as the first match of the Commonwealth Futsal Cup which involves representative teams from New Zealand, Vanuatu, Malaysia and Australia.

The Futsalroos second match of the Commonwealth Futsal Cup will be against Vanuatu on Saturday 11 July and their final match against Malaysia the following day.