Ivan Franjic is looking forward to playing a lot more football over the next 12 months with his club career sorted and the Socceroos about to embark on their 2018 World Cup qualification campaign.

The Socceroos defender said the decision to return to Australia was motivated by the chance to play regularly but didn’t rule out a return overseas one day.

“Going back to the A-League was something I thought long and hard about and I thought it was the right move in my career at this time,” Franjic told FFA TV.

“I really want to focus on playing first-team football and see what happens after that.”

Franjic said the Socceroos were oozing confidence as they take part in a 10-day training camp in Dubai ahead of Tuesday night’s opening World Cup qualifier against Kyrgyzstan.

Ange Postecoglou’s squad are set to play eight internationals as part of the first round of Asian qualification for Russia with the experience of claiming the Asian Cup spurring them to new heights.

“There’s a lot of confidence,” said Franjic. “Obviously the results over the past year have been excellent.

“Especially winning a major tournament we’re going to take all that confidence into our clash against Kyrgyzstan and come out all guns blazing.”

Franjic has been a mainstay at right-back for the Socceroos since making his international debut against Hong Kong in December 2012.

With Australia only beating the Asian minnows 1-0 on their travels that night Franjic was quick to emphaise that the Socceroos would take nothing for granted against the world No.177. 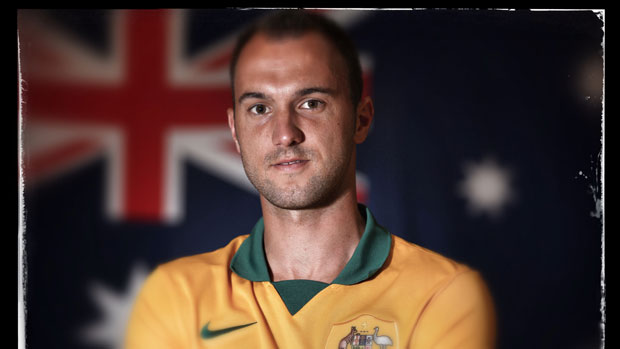 The prospect of competing at another World Cup after his tournament in Brazil ended through injury in the opening match simply another carrot for the workhorse defender.

“Definitely the first game is very important but every game is important and it’s our aim to win all the games and not be chasing anyone.

“We’ll just keep doing what we’ve doing, it’s been getting us results.

“We’ll just keep training and worrying about ourselves and know that the performance will come if we play well.”

The match will be broadcast exclusively live on Fox Sports and on a one-hour delay on SBS.