Caltex Socceroo Massimo Luongo has arrived in Malaysia on a high after an eye-catching season with QPR though he’s described being part of World Cup playoff as “nerve-wracking”.

The in-form Championship midfielder has featured in playoffs at club level before with former club Swindon Town, but admits when your country’s World Cup aspirations are at stake, playoffs take on a whole new meaning.

“I’ve never experienced anything like this,” he told reporters in Melaka on Monday.

“We’re not playing for points, you can’t make up the points later on. So it’s do-or-die stuff.” 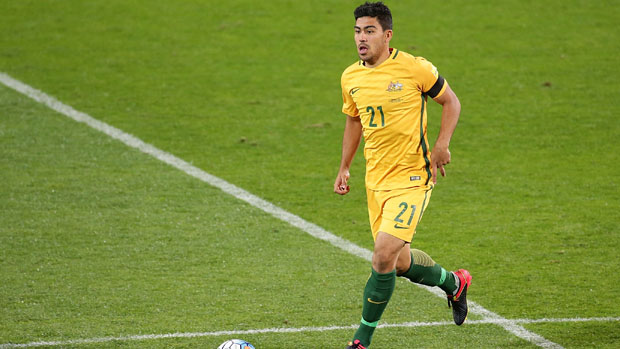 Luongo has recovered from a recent virus and will be pushing for a spot in Ange Postecoglou’s starting XI at the Hang Jebat Stadium in Melaka.

And with a club manager clearly enjoying the midfielder’s input as part of a three-man midfield at Rangers, Luongo is going into these games with a feel-good factor.

"The kid's getting better and better. I'm delighted for him,” said QPR boss Ian Holloway last month. "If there's a better midfielder in the league at the moment then I'd like to see him."

“He’s backed me, to be fair,” said Luongo when asked about Holloway. "And we’ve got a new style that’s allowing us to dominate games and to be in games for longer. I’m really enjoying the season.”

The Australians began arriving in Melaka on Sunday and today (Monday) and they were greeted by steamy conditions with showers, 25-30 degrees and high humidity.

Thursday’s forecast in Melaka is expected to see a thunderstorm with 77% humidity and a top temperature of 31 degrees.

Luongo added the team will approach Thursday’s first leg World Cup playoff qualifier against Syria like any other game, though he said he knew little about the Syrians. “The analysis will come and we’ll get a good heads up about them and what to expect. But I don’t expect them [Syria] to be as fit as us.”