With Australia to face Saudi Arabia in a crucial World Cup qualifier in Adelaide on June 8, we look back at the last time the two nations clashed on Aussie soil - and what a night it was with Alex Brosque the star.

It was a FIFA World Cup qualifier. The date: February 29, 2012 on a pristine AAMI Park surface.

And it was one of the most entertaining nights you could wish for: six goals - some of them absolute screamers - and loads of passion.

Unlike what’s to come this June, there was nothing riding on this game for Australia. Earlier results had already ensured Holger Osieck’s Socceroos would progress to the final stage of World Cup qualifying for Brazil 2014.

The Saudis however needed a result and went at Australia in the first half. 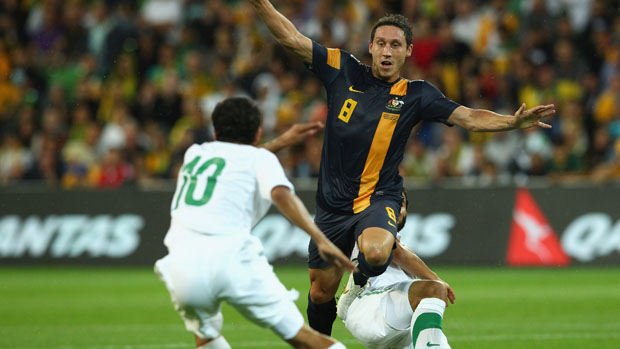 SOCCEROOS SLOW OUT OF THE BLOCKS

That might explain the sluggish start with Australia going a goal down after 19 minutes to a brilliant low rocket from distance that had Saudi fans (and their media throng) off their seats and excited.

Alex Brosque squared the ledger just before the break, making his run off the shoulder of the defenders, running onto a clinical through ball from Mark Bresciano before poking home an equaliser.

But the crowd of 24,214 were stunned when Nassir Ali Alshamrani netted Saudi Arabia’s second in first-half stoppage time.

After a cheap turnover, the Saudis hit Australia on the transition  and after neat lead up play, Alshamrani made space for himself in the box to clinically smash his first time effort past Mark Schwarzer.

1-2 at the break with the Saudis sensing an upset. 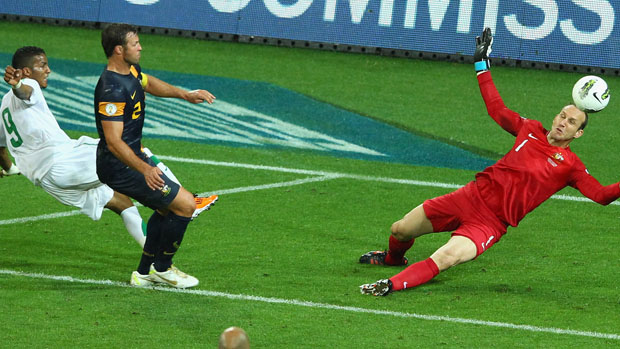 It looked like Saudi Arabia – coached by Dutch legend Frank Rijkaard – might be about to inflict the first home defeat in three years on the Socceroos.

Instead, the game was turned on its head inside four dramatic second-half minutes.

Into the final 20 minutes and first Brosque – who was playing in Japan at that time for Shimizu S-Pulse – set up a 73rdminute equaliser for Harry Kewell, who was enjoying his first season in the Hyundai A-League with Melbourne Victory.

He was one of nine A-League players in the matchday squad, including Sydney FC’s Brett Emerton, who set up Brosque’s second with a pinpoint cross onto his head two minutes later to make it 3-2. 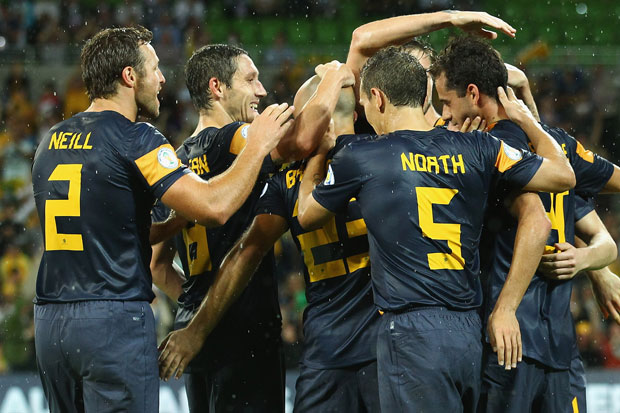 The Socceroos were on a roll as the Saudis fatigued in the latter stages of the second half.

Emerton iced a very entertaining night to make it 4-2, bursting into the box with an attempted clearance rebounding off his outstretched boot and into the net.

Suddenly, the Aussies were 4-2 up and the Saudis looked a beaten side.

What a night of entertainment and goals. 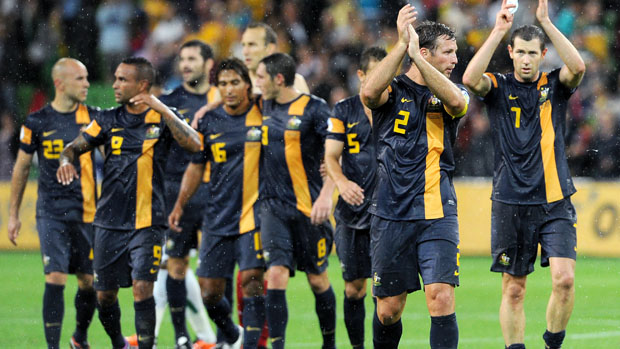