It’s time to put some simple facts directly to you, the fans.

Sadly, the story that needs to be told is this; the Matildas will not be playing the USA because FFA and the A-League clubs can’t meet the PFA’s unaffordable demands in relation to the level of the salary cap for A-League players.

A competition in which the clubs lost a collective $17 million last season. Go figure.

In other words, the Matildas interests have been taken hostage by the PFA in the stand-off over the interests of male professional players.

Today, Professional Footballers Australia (PFA) rejected an offer that would have seen the Matildas undertake the US tour and receive an immediate payment under an interim agreement with increased pay rates.

On top of that, the PFA informed FFA that even if a long-term Matildas CBA agreement was reached today, the players would still not go to the USA unless a $120 million four-year CBA covering the Socceroos and A-League was also agreed today.

What we have today is an extraordinary situation in which the two male playing groups continue to be paid by FFA and A-League clubs.

The female players aren't being paid. Their contracts have expired and they have been advised by the PFA not to train or play for the Matildas until the Socceroos and A-League deals are done.

The Matildas alone are the ones being directly affected as a result of the whole of game CBA talks not being resolved. 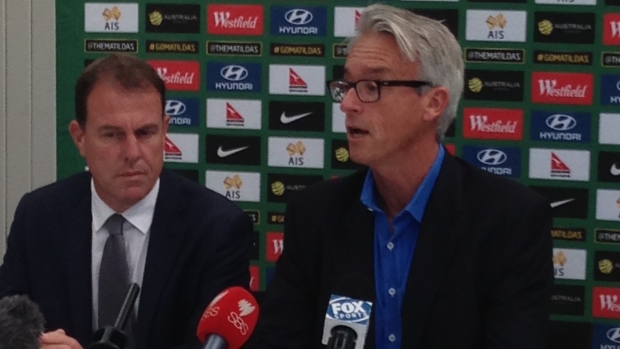 It’s a sad state of affairs and one that the PFA has created, it appears deliberately, as part of a negotiating tactic. It could have been solved by the PFA accepting the interim proposal and moving to complete the CBA negotiations.

By way of background, it’s important to note that FFA agreed to the PFA’s suggestion that negotiating a whole of game CBA covering Socceroos, Matildas and Hyundai A-League players was the right approach.

Since February, the parties have met more than 30 times to craft a deal. The correspondence and briefing notes run to hundreds of pages.

Virtually all the negotiation has been about the A-League component of the three-way deal. That’s because the largest part of football’s $30 million annual player payments go to the A-League’s 230 professional players.

The A-League accounts for roughly $25 million, the Socceroos up to $4 million and the Matildas under $1 million.

In FFA’s view, there was merit in considering how these funds would be allocated. The concept that male players might curb some demands in order for women players to earn more makes a lot of sense.

FFA’s objective was to ensure the total amount was affordable.

This week, events took a nasty turn. The PFA gave us a counter-proposal involving a fresh set of demands, including;

An immediate $1 million increase across 10 clubs in the Hyundai A-League salary cap for this season and further $2 million for the following season in 2016-17. This $3 million increase in payments would come directly from club finances ($300,000 per club).

Significant increases in spending on air travel, accommodation and benefits for Matildas players. FFA had taken the position that the priority for new funding for the Matildas would be devoted to an immediate 10% pay increase, with annual increases rising to 15% across the term of the CBA. 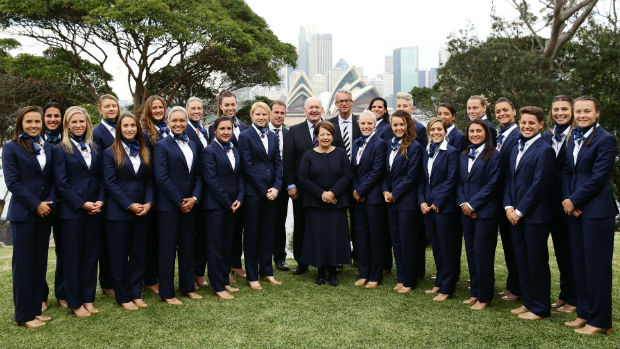 To be clear, the new demands added $5 million of unfunded commitments to the PFA’s position, the bulk of the money going to the A-League players and Socceroos.

On top of that, the PFA’s counter-proposal came with an ultimatum.

The PFA declared that unless FFA accepted a four-year whole of game CBA worth over $120 million, the Matildas would withdraw from the matches against the USA.

We had a gun at our head.

In response, FFA tabled an interim deal for the Matildas to enable the US tour to proceed. We offered to make a one-off payment for the players on the US tour for the two month period 1 August – 30 September 2015 of $6,750 for each player.

In addition, FFA offered to bring forward the payment of FIFA Women’s World Cup prize money for each of the 23 players who represented Australia in Canada. This equates to $13,274.15 per player.

The PFA rejected this solution.

By the way, FFA will bring forward the World Cup payments, despite the PFA’s unreasonable stance. That will happen in the next 24 to 48 hours.

So, where to now?

On behalf of all the stakeholders in Australian football, I have an obligation to ensure the new whole of game CBA is affordable, fair and reasonable.

Payments to players account for more than $1 in every $3 of income. Every dollar that goes to player payments is one less dollar for game development, coach and referee education, promotion in schools, support for A-League clubs and distributions to State and Territory member federations.

In particular, I note that the PFA’s assertions about a “freeze” in the A-league salary cap. The range of new allowances (loyalty players, home grown players, minimum salary and salary cap banking) are in fact payments to players. They already amount to $400,000 for this coming season. They are tantamount to increases in the salary cap. Talk of a salary cap freeze with these allowances taken into account is nonsense.

And it’s nonsense that until their male colleagues get a deal, the Matildas are in limbo.