Since the first Australia Men's 'A' International in 1922, over 600 players have represented our country around the world and plenty more were added this year. Here is every Socceroos who debuted in 2021.

Karacic, who plays for Serie B club Brescia, was outstanding on his international debut as the Socceroos cruised to a 3-0 win over Kuwait in FIFA World Cup qualifying in June.

After waiting three years to become Socceroo #607, the Croatia-born right-back drew plaudits from many for his confidence on the ball, penetrating runs and quality crossing.

Despite his progress through Croatia’s youth teams, it was the Socceroos who were the quickest to offer him senior international football, and he has not looked back since.

Just four days on from becoming the first Australian to score in a club game at Wembley, Kenny Dougall has capped off a whirlwind week by earning his first international cap.

Dougall became Socceroos cap #608 after he was introduced in the 65th minute of Australia’s 3-0 win over Kuwait in FIFA World Cup Qualifying.

While Dougall had previously represented Australia at U23 level, this was the first time he had been successful in earning a cap after previously being called up to three Socceroos camps.

In the same game, Riley McGree made his senior debut as a late substitute to become Socceroo #609.

Following a breakout season in the English Championship with Birmingham City, Riley McGree was rewarded with his first Socceroos cap against Kuwait.

McGree was also man-of-the-match on his first start as he provided two assists in a 5–1 victory against Chinese Taipei just a few days later.

McGree, who was an unused substitute for two Socceroos World Cup qualifiers in 2017, played 15 times for Birmingham after joining the club on loan from MLS expansion franchise Charlotte FC via Adelaide United.

His performances not only caught the eye of Socceroos boss Graham Arnold but also Birmingham, who opted to extend his loan deal by a further six months.

Denis Genreau became Socceroo cap #610 when he started in midfield against Chinese Taipei in June.

The 22-year-old became the first man to play for the national team while representing Macarthur FC and the first French-born Socceroo.

After playing 84 minutes for Australia in their 5-1 win over Chinese Taipei alongside some players he has always looked up to, Genreau will be hoping to add to his maiden Socceroos cap when the team returns to action next year.

Connor Metcalf built on a breakout A-League season in 2019/20 to deliver an outstanding string of performances for the double-winning club.

A maiden Socceroos call-up would follow, where he debuted off the bench against Chinese Taipei in a 5-1 romp. Just days later, made his first international start during Australia's 3-0 win over Nepal.

Metcalfe has also forged a successful career in the A-League and at 21, has already become a mainstay for Melbourne City.

He shared his debut with former club teammate Genreau, as the win secured the Socceroos advancement to the next stage of qualifying with two group games still to play.

The 24-year-old Central Coast Mariners defender also made his maiden Socceroos appearance when he came on as a second-half substitute in Australia’s 5-1 thrashing of Chinese Taipei.

It was just reward for Tongyik’s fantastic campaign with the Mariners last season, his fifth stint at an A-League club after spells with other clubs.

Born in South Sudan, his family migrated to Australia when Ruon was six years of age. Settling in the Adelaide, he worked his way up through the ranks at Adelaide Olympic, and Adelaide United's NPL outfit.

From there the opportunity arose to move to Melbourne City, where he made his A-League debut in late 2016, before short stints at Western Sydney Wanderers and Brisbane Roar followed. It was at Tongyik's fifth A-League club, the Central Coast Mariners, that he truly found his football home. 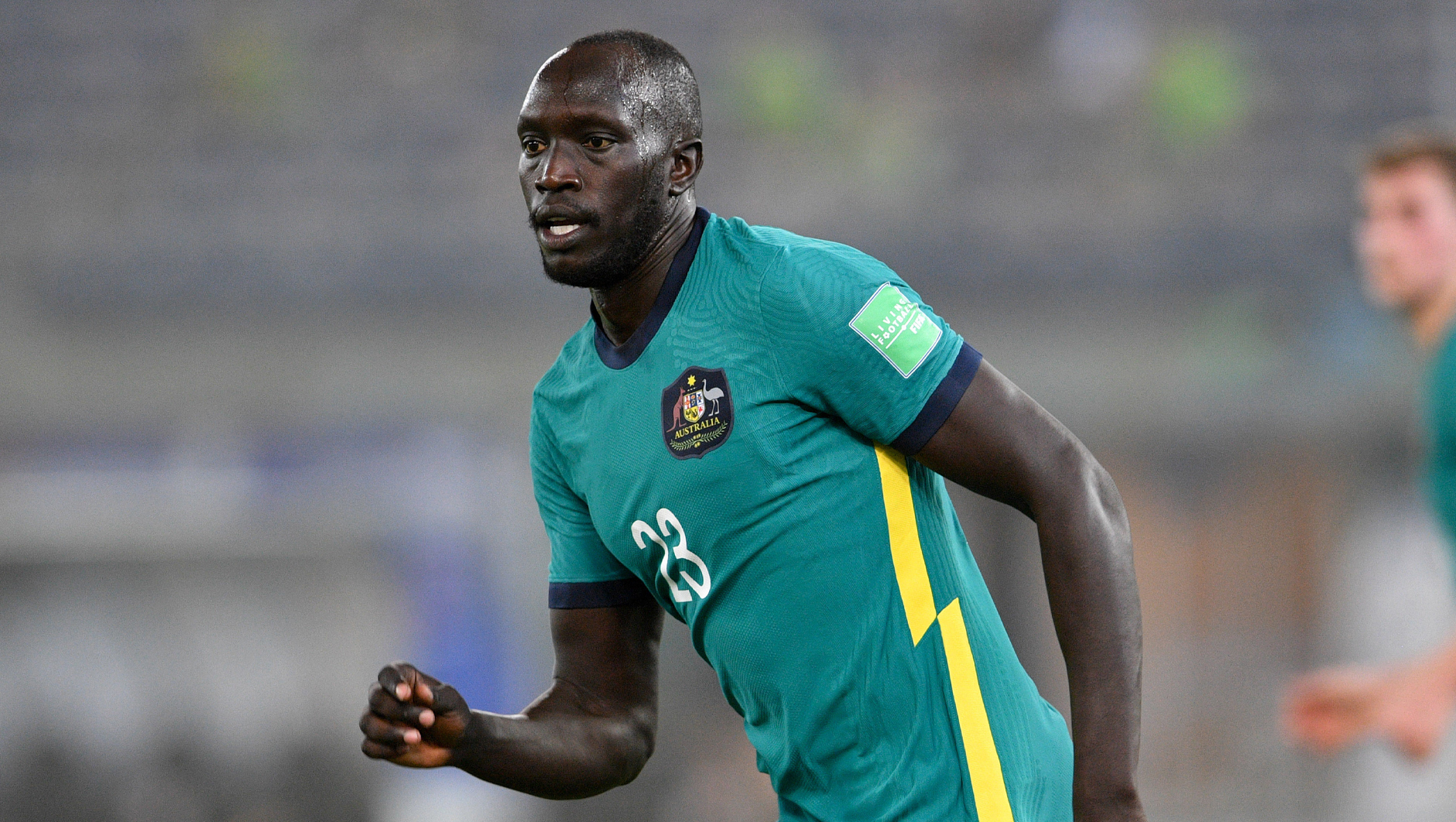 Lawrence Thomas also made his international debut against Nepal as he replaced Andrew Redmayne in the 83rd minute in June.

His debut was just reward for his form at Danish Super League club SønderjyskE, who he joined last year from the Victory.

Since his move from the A-League, the former Melbourne Victory stopper has performed phenomenally in Denmark. He has made 30 appearances, including winning SønderjyskE’s player of the month twice and been named in five Danish Superliga team-of-the-weeks.

After a decade-long journey since leaving home as a 16-year-old, which saw him bouncing around the English football leagues, Callum Elder fulfilled a lifelong dream as he became Socceroo #614 against China in September.

The 26-year-old replaced Aziz Behich at left-back in the 79th minute to debut against China at the Khalifa International Stadium.

The Hull City left-back was in line for a call-up for the June qualifiers but was cruelly robbed of his opportunity by an injury picked up on the final day of last season.

Elder previously represented the Green and Gold at Young Socceroos level, having made a single appearance in 2013 in an AFC U19 Championship qualifying match.