England manager Roy Hodgson is set to hand Manchester United young gun Marcus Rashford an international debut against the Caltex Socceroos as the teenager looks to make his pitch for inclusion in their Euro 2016 squad.

The 18-year-old joined up with the England squad on Monday – along with Red Devils team-mates Wayne Rooney and Chris Smalling – after helping the club win the FA Cup final over Mile Jedinak's Crystal Palace.

Rashford played 72 minutes at Wembley before being substituted as United defeated Alan Pardew's men 2-1 in extra-time.

Having enjoyed a breakout rookie season in the EPL, Rashford has just a couple of games to convince Hodgson he deserves a spot in the final 23-man squad that will go to France next month. 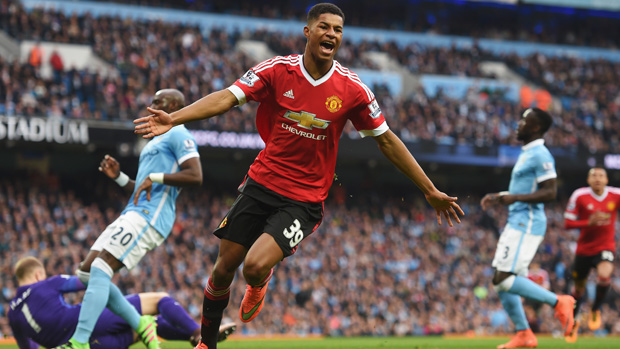 And it appears he will get his first chance to show what he’s got against the Caltex Socceroos at the Stadium of Light on Saturday (AEST).

“He was a bit unlucky that we selected him and the amount of time we have together is very short indeed,” Hodgson said of Rashford.

“I’m not going to have a lot of time with him but there’s no doubt that I think I made the right decision in putting him in the larger England group because the lad has got an enormous talent.

“You know from my past record that I’m not afraid to give the young players a chance.

“You also know full well that where he’s playing is where we have a lot of competition for places and he’s not going to get an awful lot of chance to stamp his authority on myself and the coaching staff.

“But I’m ruling absolutely nothing out. I thought [Rashford’s] performance in the [FA] Cup final was very good and I’m delighted that I will be seeing him.”