"As people say it's a dog-eat-dog world and that's the way I've been brought up: if there's something you need, go out of your way to get it."

As the Socceroos approach their do-or-die FIFA World Cup Qatar 2022 play-off in Doha, Milos Degenek is happy to admit that it will be far from easy.

But for the Socceroos defender, life has never been easy.

From fleeing two wars to dealing with health issues as a child and growing up to start a family of his own, the 28-year-old speaks to the opportunity this Peru play-off poses as powerfully as anyone.

Just like a handful of his fellow squad members, Milos was not born on Australian shores.

He spent the first 18 months of his life in Knin, Croatia, before in 1995 his family were forced to flee to Belgrade during the Croatian War of Independence.

"I've had a very strange and difficult childhood, for me and my family," Degenek told Socceroos.com.au.

"You flee one country and lose everything you ever had. I was 18 months old when we fled to Serbia, I was on a tractor with my mum, my brother and family and ended up living in a home with 22 other people."

Growing up as a Serbian refugee in Belgrade, conflict seemed to follow the Degenek family and those they were surrounded by.

"Then in 1999 you have another war where we were getting bombed," Milos recalls.

"But as a six-year-old I'm thinking, 'this is normal'. You hear a siren, get into a building, down into the bunker 20-to-30 metres under the ground and think, 'that's alright, we'll get out when the bombing is finished'.

"Even being told that if they hit the building you might never come out or wait three months for someone to dig you out. But you think 'surely we'll get out, go onto the street and play hide and seek again.'"

To add to his difficult experiences as a child, Degenek dealt with his fair share of illness.

Looking back, he sees it all as a formative part of the journey that has led him to where he is today.

"When I was young I was sick, in the hospital three or four times a week and it was a difficult life," he says. "But again as a kid, you think it's normal; going to hospital and getting injections, extra air - you think that's what every kid has to go through.

"Now I'm 28 you realise that's not normally what happens to people and that you didn't have the most beautiful life.

"Those things in life make me appreciate more what my parents have done for me, the fact that my dad chose to go to Australia at the time, is a massive respect to him for taking the risk - I guess I live off that."

It was in the year 2000, with just $2000 in their pocket, that the Degenek family pursued a better life down under, moving to Australia when Milos was six years of age.

With a story that speaks to the powerful role of a united family, Degenek has observed some similarities between his bond with those closest with him, and that he holds with his Socceroos teammates.

"I'm very thankful to my parents for making the sacrifices, going through wars and working from five in the morning so that me and my brother can buy a pair of boots," the Colombus Crew defender reflects.

"Family is always the only thing that is going to be there for you, and that is how I look at this team, and the boys here (in Socceroos camp).

"It's not just 30 guys who come here once every couple of months and play; when we come here we leave everyone at home and come into this family.

I almost know more about some of the players here than I do about some of my best friends at home. You share things here that you don't share with everyone else and I think that's special." 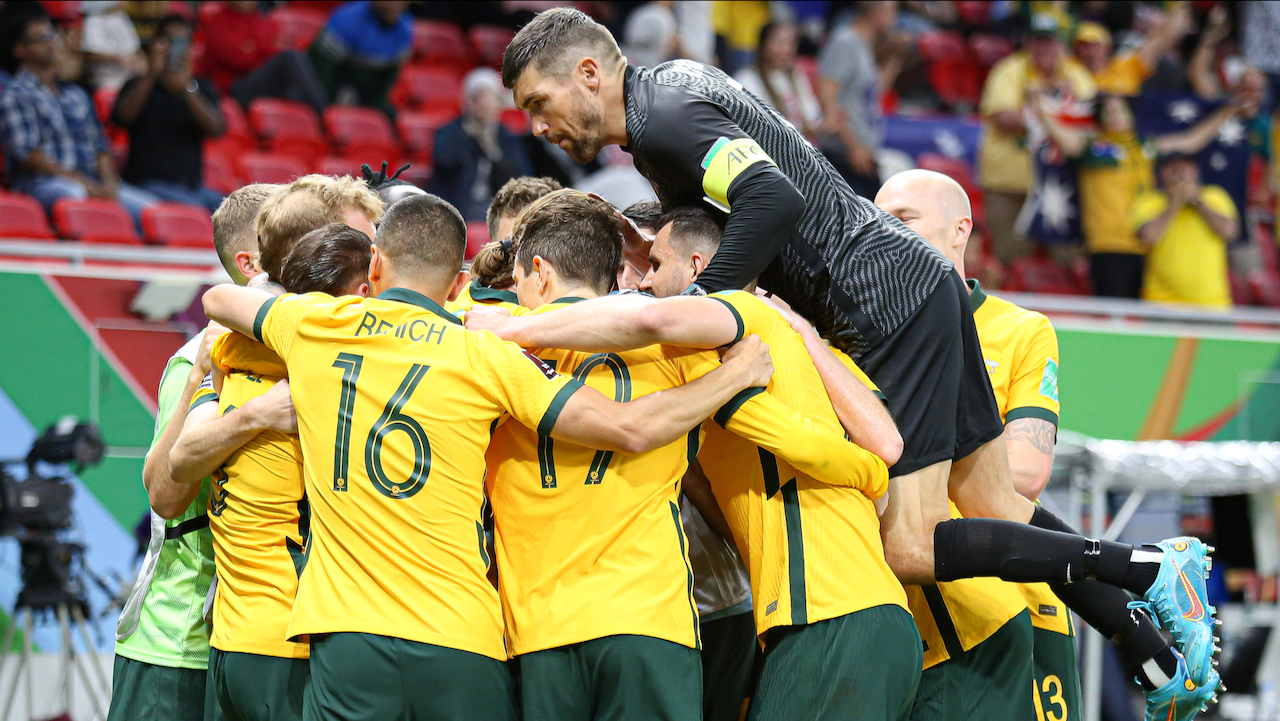 Degenek's early life set him up to deal with the challenges of making it as a professional footballer in the highly competitive environment of Australia.

He feels those experiences as a teenager rising through the ranks can be applied directly to the current campaign.

"Even now there's a lot of people talking about us saying we're not going to do it," Degenek says. "It's alright, people have always told most of the boys 'you're not going to make it in football', especially growing up in Australia.

The fact that you don't have it easy in life makes it all the more satisfying when you do qualify and do make it to a point where you have that success."

At 28, Degenek has already enjoyed an outstanding career in football throughout Germany, Japan, Serbia, Saudi Arabia and America - while also representing Australia at the 2018 FIFA World Cup in Russia.

In camp ahead of June's vital play-offs, he has vocally shared his immense experience on and off the football pitch with the squad shooting for what would be Australia's monumental fifth-straight appearance at the tournament.

"As people say it's a dog-eat-dog world and that's the way I've been brought up: if there's something you need, go out of your way to get it," Degenek enforces.

"That's the beauty of the World Cup, it's once every four years. That's why it hurts so much for people that miss out, that's why it's so beautiful when you do make it. You never know, it might be your last one.

"The beauty about it is that it is all in our hands, and that's the best part about life and football.

"When things are in your hands it's up to you. You decide what happens, it's not up to anyone else. We decide our own fate, our future, and what happens tomorrow."

Australia's all-important FIFA World Cup play-off against Peru kicks off at 4am AEST on Tuesday, June 14.

Watch live on Channel 10 or stream via 10 Play or Paramount+.