They are at opposite ends of their careers but the Socceroos dreary 0-0 draw with FYR Macedonia won’t be forgotten for debutants Tarek Elrich and Chris Ikonomidis.

The pair won their first international caps in Skopje on Tuesday, Elrich playing the full 90 minutes at right-back while Lazio teenager Ikonomidis got a taste of the action in the final 10 minutes.

Elrich, enjoying a stellar season for Adelaide United, didn’t put a foot wrong and slotted seamlessly into a new-look back four which had three changes to the one which played Germany five days ago.

“For me it was a massive achievement. When I look back on my career and I’m 28, did I think I was going to get my first cap?” A beaming Elrich told Fox Sports.

“I’m just glad to get the opportunity, hopefully it’s the first of many to come. It was a tough game, a different step to the A-League and I’m proud of the boys and proud of myself getting my debut.

“…Just getting the call up was massive and to get the opportunity to play and start for my country is something I’m very proud of and something I’ll never forget.”

At the other end of the spectrum, Ikonomidis became the first player in more than 30 years to make his first Socceroos cap despite yet playing a senior match at club level.

“It was magical for me. It’s been a dream since I was such a little kid, I wanted to play for my country and do us proud,” Ikonomidis said.

“I’m really grateful I’ve been given opportunity by Ange [Postecoglou] and the coaching staff…it’s a great night for me.

“The camp has been fantastic, I learned a lot from the boys. There’s great leaders in the group and it was just great working with them.

“It’s such a professional environment and such a positive vibe around Australian football at the moment and I’m just glad to be a part of it.” 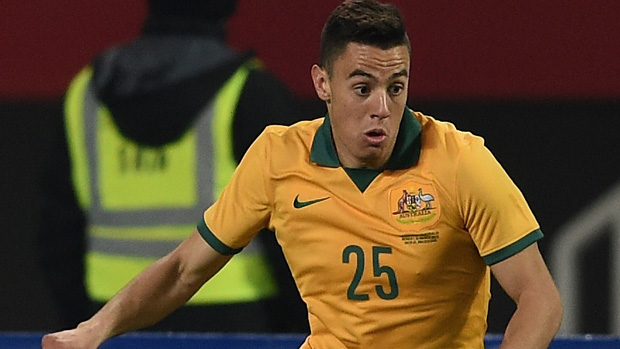 And Ikonomidis is desperate for more, hopeful to remain a part of the Green and Gold set up for the 2018 World Cup qualifying campaign, which starts in June.

“I’m buzzing. Now I’ve had a taste I’ll go back to my club and work three times as hard if that’s possible,” he said.

“My goal is to stay in this squad, do whatever I can and hope for the best.”