Davies starts his part time assistant coach role this week with the Young Socceroos in camp in Melbourne but will remain with Melbourne Victory in his current role on an on-going basis.

“We are delighted to welcome Darren Davies to the National coaching set up,” said FFA Head of National Performance Luke Casserly. “Darren has been identified as a talented young coach through his work with Melbourne Victory and also various coaching courses, bringing coaching acumen and a valuable knowledge of the young elite players throughout Australia.

“Darren will assist Paul Okon through the next World Cup cycle (U20s) and will continue to work with Victory during this period. We would like to thank Melbourne Victory for the professional way they handled the discussions to give us an outcome that allows Darren to assist the National Program and continue his work at club level.”

Davies expressed gratitude to both the FFA and Melbourne Victory before starting his new role, stating: “I am extremely grateful to Melbourne Victory for granting me the opportunity to work with the national under 20’s squad,” Davies said. 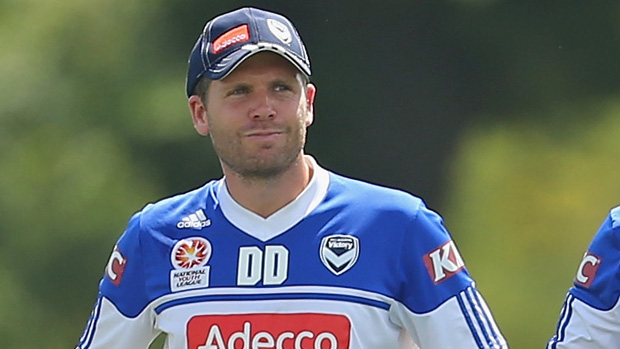 “It’s certainly an honour that the technical staff at FFA have sought my involvement and I am really looking forward to being involved in the national football program and further developing the best young talent in the country.”

Davies’ appointment was supported by Victory Head Coach Kevin Muscat, who said: “The opportunity for Darren to work with the national under 20’s squad is a well-deserved one and I am sure he’ll prove to be a valuable acquisition to the coaching staff.

“From a personal point of view, Darren’s appointment has my full support and I am delighted that it won’t change his role as youth head coach at Melbourne Victory in any way, enabling him to continue the fine work he has put into that area of our club over several years.

“It’s a credit to Darren that his coaching acumen has been acknowledged and in turn, he has now been introduced to the national program.”

The Young Socceroos squad for next week’s camp is: