Davidson: To Russia with love

Defender Jason Davidson says the Socceroos are loving their football at the moment but the chance to impress at the 2018 FIFA World Cup in Russia is motivating them to constantly get better.

Ange Postecoglou's men feel they can challenge any team in the world on the back of January's Asian Cup triumph and having gone within a whisker of accounting for the reigning champions.

However replicating their current results on the international stage remains the long term target, with Davidson adamant the team can still improve immensely over the next three years.

“Everyone can see how much the team has grown from day one. It's evolving, the team is really jelling at the moment,” Davidson told FFA TV from the Socceroos training base in Germany.

“I think Ange has really tried to implement his philosophy into the squad and it's starting to sink in so it's a great journey and I think this is just the beginning.

“Russia World Cup 2018 I think that's the key and target for us.

“To think we've got three more years to really push forward with his philosophy and jell even more and hopefully we can go there and be a force to be reckoned with.” 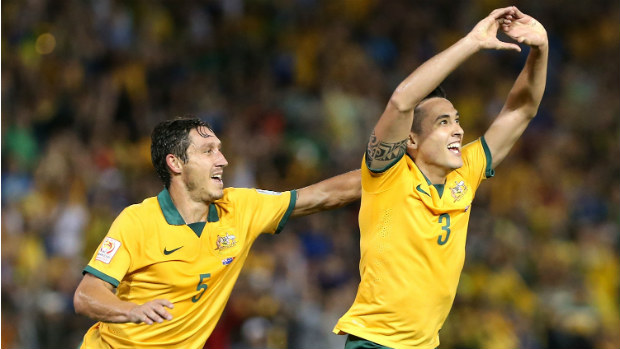 Having rarely featured for his club side West Brom this season, Davidson was grateful to get another game under his belt and insisted the Socceroos were not getting carried away with their result against Germany.

“I think we did really well, obviously they're the World champions and with us being the Asian champions it was a great hit out.

“I think we shocked a few people - especially over here in Germany and we were a bit unfortunate not to get the win.”

The 23-year-old said the Socceroos would go into Tuesday's clash against FYR Macedonia full on confidence but they would not be underestimating their opposition despite the gulf in rankings.

“I think every game that we go into we're very confident of getting a result and believe in what we're trying to do.

“Obviously it's an international game, but it doesn't matter if you're playing against Germany or Macedonia they're going to be a tough opponent in their own right.

“We're definitely going into this game focused to make sure we get a result – we want to win.

“So we prepare like it was any other game, there's no easy opponent and I think it will be a great game.”