Caltex Socceroos v Greece to be named The Dodoni Series

The Caltex Socceroos and Greece will lock horns in The Dodoni Series after the global dairy company signed on as the official naming rights partner for the two international blockbusters in June.

The Dodoni Series will see the Caltex Socceroos’ and the 2004 European Champions clash on Saturday 4 June at ANZ Stadium in Sydney and Tuesday 7 June at Melbourne’s Etihad Stadium. 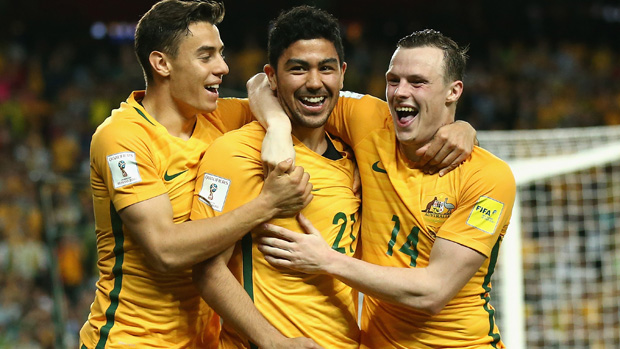 Dodoni is a leading Greek producer of quality dairy products that has established itself in the Australian market over the past 30 years, having been founded in 1963 in Northern Greece.

“Dodoni’s commitment to these two matches in the Caltex Socceroos’ calendar is warmly received and we thank them for their support of the Greece national team’s visit down under,” said Gallop.

“The last time the Greece national team played in 2006 in Australia a sell-out crowd saw them take on the Caltex Socceroos in Melbourne and these two games in June are again set to attract huge interest by fans in attendance and also on television.”

On the agreement, Dodoni Australia CEO Emmanuel Kotis says it is an exciting venture for the company.

“We’re thrilled to have the Dodoni name associated with these two huge games,” said Emmanuel.

“With a proud Greek heritage, Dodoni has now become a recognized brand in Australia so this involvement is a perfect fit for us.”

“We are confident the large amount of interest the Dodoni Series will generate will give great exposure of Dodoni and our range of products that have become much loved by not only Greek expats but all Australians.”

Tickets for both of the Caltex Socceroos’ matches against Greece are on sale now at http://www.socceroos.com.au/tickets.

The matches will be broadcast LIVE on FOX SPORTS.