On a chilly afternoon at Sunderland’s Academy of Light training centre, the Caltex Socceroos kicked off preparations for their match with England on Friday night (Saturday morning Australian time).

With captain Mile Jedinak rested from training following his FA Cup final exertions on Saturday, all 22 players were involved in the 75-minute session.

It wasn't a physically demanding session but it emphasised speed of thought, crisp passing and sharpness.

It started at 4pm with static stretches following by active stretching as the keepers then trained separately. 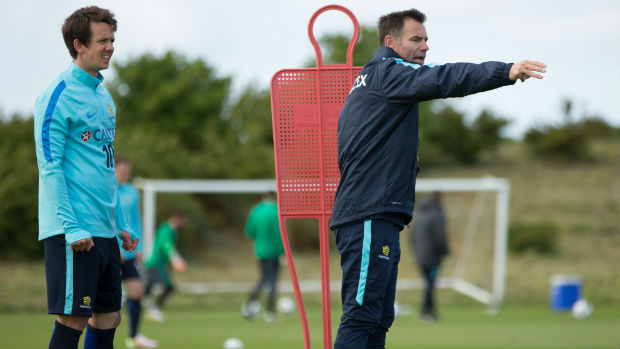 “Light on your feet” was the message from Milicic as the players passed between markers.

This was followed by a more structured passing drill that involved pass and move between small groups of players - the aim being to break through lines and pass through a press.

The session finished with more small groups playing against each other in a small area, the aim to keep the ball off the opponent in tight spaces.

A warm down was followed by media commitments before the team headed back to their Newcastle hotel.

There was a large media contingent from Australia and the UK to watch training. 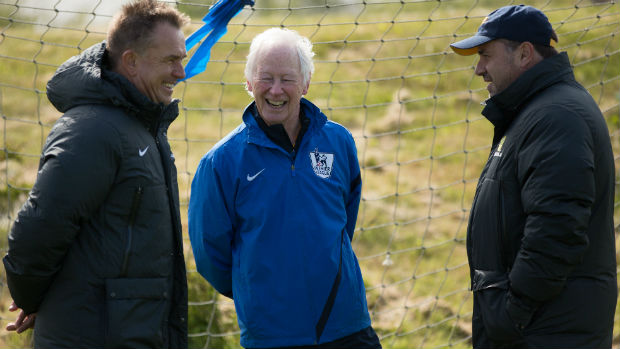