Caltex Socceroos midfielder Massimo Luongo started his Championship campaign with a convincing win, Tom Rogic was a late sub for Celtic in their win while Brad Jones was part of a massive victory on debut with Feyenoord.

In the Eredivisie, former Socceroos gloveman Jones made his competitive bow for Feyenoord and kept a clean sheet, as Eljero Elia's hat-trick set up a 5-0 thumping of Groningen.

Jones, who played for NEC Nijmegen in the second half of last season, joined Feyenoord last month.

Dougall lined up at the base of midfield after playing as a defender last season, while his compatriot Craig Goodwin made his competitive debut for Sparta after coming on in the 68th minute.

Meanwhile, Daniel De Silva came on in the 55th minute during Roda JC's 1-1 draw with Heracles. 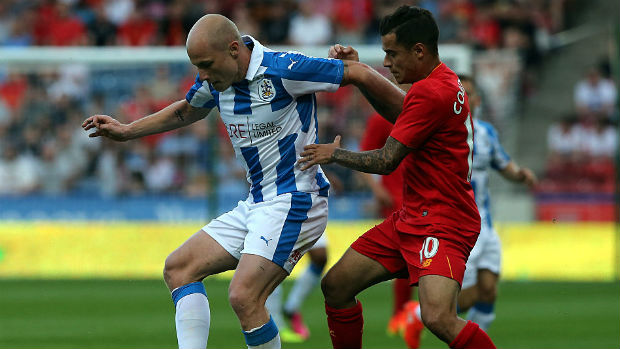 David Williams opened his account for the season with Haladas in Hungary's Nemzeti Bajnoksag as the Szombathely-based club defeated MTK Budapest 2-0 to claim their first win of the campaign.

With his side leading 1-0, Williams fired home a cut-back in the 59th minute to secure victory, while the ex-Melbourne City forward was replaced with 10 minutes remaining.

In Germany, Socceroos defender Milos Degenek played 90 minutes in 1860 Munich's 1-0 loss to Greuther Furth in the 2. Bundesliga, while Ben Halloran came on with 11 minutes remaining in Heidenheim's 1-0 triumph over Erzebirge Aue.

Tomi Juric notched another 90 minutes as Luzern lost 3-2 to Basel in the Swiss Super League, while Aziz Behich was taken off at half-time as Bursaspor lost 1-0 to Bandirmaspor in Turkey's Super Lig.

Tom Rogic came on in the 73rd minute as Celtic began the defence of their Scottish Premiership title with a 2-1 win at Hearts.

In the Scottish second tier, young Australian forward Lyndon Dykes played 90 minutes for Queen of the South in a 1-1 draw away to Dundee United.

In the Thai League, Mark Bridge played 90 minutes for Chiang Rai United in a 1-0 loss to Muangthong United, while in the second division, Aaron Evans scored as his Kamphaengphet defeated Chiang Rai City 2-1.